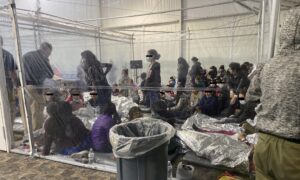 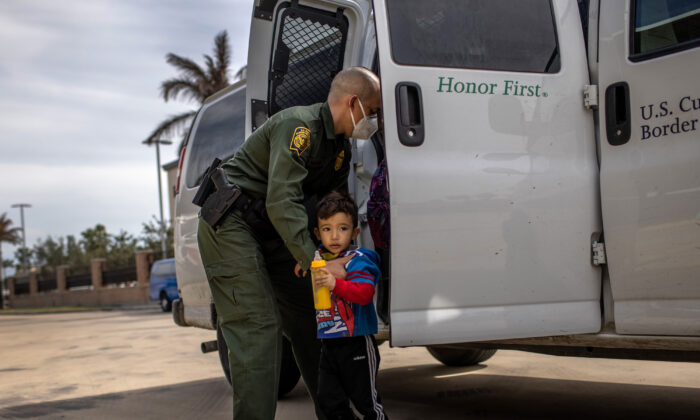 Mexican Drug Cartels Use Children as Decoys to Smuggle Criminals Into US, Texas Sheriff Says

Mexican drug cartels are taking advantage of the Biden administration’s border policies to use children as decoys to smuggle their members into the United States, according to a sheriff from Texas.

Hidalgo County Sheriff J.E. Guerra, who is on the front line of the ongoing surge in illegal crossings on the U.S.-Mexico border, told The New York Post that cartels are profiting more from trafficking humans than running drugs.

Guerra described the cartels’ tactics to the NY Post, saying that they split up families seeking to illegally cross the border, and use the children as decoys so that criminal thugs, posing as their relatives, can come over with the children and get admitted into the United States.

The United States is facing the largest wave of illegal immigrants in 20 years, with many unaccompanied minors, or children unlawfully entering the country without an adult, showing up at southwest border every day, according to Homeland Security (DHS) Secretary Alejandro Mayorkas.

“They are vulnerable children and we have ended the prior administration’s practice of expelling them,” Mayorkas said.

Earlier this month, Texas Gov. Greg Abbott warned that Mexican drug cartels are flooding the border with women and children to overwhelm local law enforcement in an attempt to make it easier for them to smuggle drugs and humans into the United States.

“The cartels, they are involved in every single one of these border crossings we see,” Abbott, a Republican, said as he announced the plan to call in hundreds of National Guard troops to reinforce the Border Patrol agents in “high threat areas” to deny “Mexican cartels and other smugglers the ability to move drugs and people into Texas.”

“Texas is sending a message to any [migrant] caravan and to any cartel member: We’re ready. We’re waiting for you,” the Republican governor said. “If you dare step into the State of Texas, Texas will use every tool or strategy—we can to arrest anybody who’s violating the law, to put behind the bars anybody’s violating the law, to make sure that the laws in the state of Texas are going to be enforced.”

“If you are a caravan or you’re a cartel, you better take your activities to some other place, because they will not be accepted in Texas,” Abbott said, adding that he will try to fill the gaps in border security “left by the federal government.”