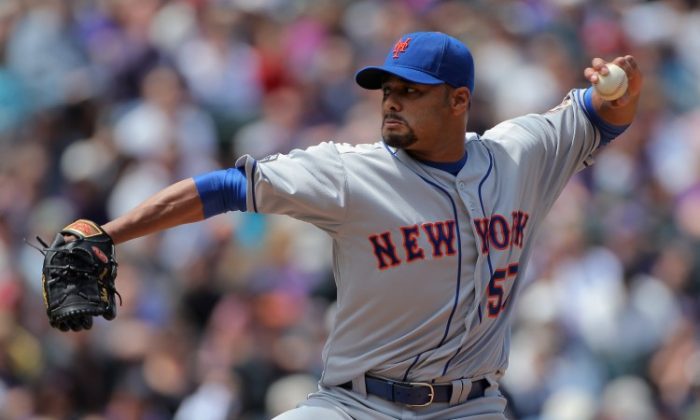 Ike Davis singled home David Wright in the top of the 11th to break a 5–5 tie and Mets reliever Ramon Ramirez shut down the Rockies (10–11) in the bottom half of the inning to preserve the win for New York (13–9) in the rubber match of the three-game set.

The hit for Davis was his third of the game, as he was one of six Mets with a multi-hit performance. Two of Davis’s hits were off Colorado’s 49-year old starter Jamie Moyer.

Johan Santana started the game for the Mets and pitched six scoreless innings and allowing just two hits, lowering his ERA to 2.25. He left with a 4–0 lead but wound up with a no-decision as Colorado tied it up with one swing off a pinch-hit grand slam by Todd Helton in the bottom of the eighth inning.