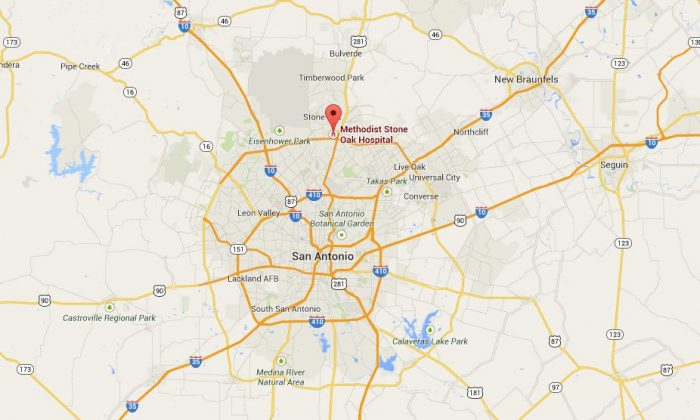 Methodist Stone Oak Hospital in San Antonio is on lockdown in an active shooter situation on Tuesday night. (Google Maps)
US

Methodist Stone Oak Hospital in San Antonio is on lockdown on Tuesday as there was an active shooter inside.

Gunshots were fired inside, reported KSAT. The shots were reported in the labor and delivery section.

But News4 reported that police now have the suspect in custody.

SWAT officers entered the hospital after it was placed on lockdown; meanwhile, Hardy Oak and East Sonterra Boulevards were closed.

The suspect had a red pullover jacket and blue scrubs, employees told police.