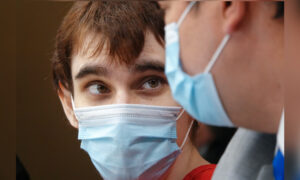 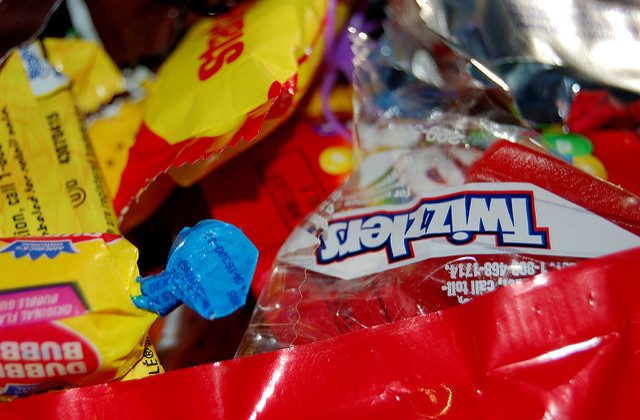 Meth was found among a child's Halloween candy in Kashena, Wisconsin, on Sunday, Oct. 29, 2017. ("halloween candy 1" by andrechinn/Flickr)
Crime and Incidents

Methamphetamine was found in a child’s Halloween candy on Sunday, Oct. 29, sparking fears that more children could be in danger.

A mother found a little yellow bag with a crystalline substance among her child’s Halloween candy and turned it into the Menominee Tribal Police on the morning of Monday, Oct. 30. The substance tested positive for methamphetamine, also known as meth, police said.

The child was trick-or-treating at an event in the downtown area of Keshena on the Menominee Indian Reservation.

The child did not ingest any of the drugs, Menominee Tribal Police said.

They are asking parents to check their children’s Halloween candy for similar baggies, and to throw the candy away once they’ve finished. They believe, however, that this is an isolated incident.

It is not clear whether the packet in the child’s Halloween candy was intentional or an accident; police are asking anyone in the community with information to come forward.

Joshua Lawe, a Menominee Tribal Police detective, said that if the meth had gotten out of the bag, it could have harmed the child, and could have even be a hazard to the parents.

To compensate for the lost candy, the community has organized another trick-or-treat event for children in the community for Tuesday, Oct. 31.

Authorities said they have been making progress combating synthetic marijuana in the community, but at the same time are seeing a rise in meth.

Due to the incident, the Keshena Primary School posted on their Facebook page that students will not be allowed to bring candy to any of the school’s Halloween parties. The school said it will provide treats for the children.

Teachers and staff also checked all the children’s backpacks, it said, and confiscated any candy found in them.