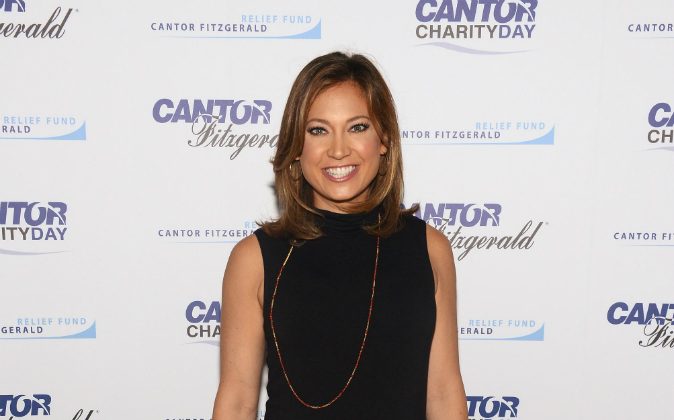 On the May 16 airing of “Dancing With the Stars,” dance contestant Ginger Zee revealed her struggles as an adolescent with anorexia, an eating disorder that stemmed from her parents’ divorce.

“I think the split affected my childhood a lot,” Zee stated in a prerecorded segment before taking to the stage with her professional dance partner, Val Chmerkovskiy.

“We were moving. I had to make the new friends. I had to do everything. I had to control something so I was like, ‘I know what I can do. I’ll just not eat,'” she recounted. “I don’t think I even knew how bad it was at that time.”

The “Good Morning America” meteorologist’s eating disorder was a secret kept from most—except her mother, Dawn Zuidgeest-Craft, and a few close friends.

“I’m so angry that’s the way that I decided to cope,” Zee said during the show. “It’s going to be with me my entire life. I’m always going to have body-shaming issues. But I think I’ve now grown into enough of a woman and mature person that I realize life is a lot bigger than that.”

The reveal to the millions of viewers tuning into “DWTS” felt strange for the new mother, however, she understood it served a greater purpose—starting a dialogue about eating disorders.

Kit Harrington Revealed Secret to Get Out of Speeding Ticket

“It felt strange, to be honest, because it’s not something I share too often, but at the same time I hope—everybody’s going through something—and I look at it now almost in a strange way because I think it’s a disease you choose, unfortunately, but it chooses a lot of people,” Zee told Entertainment Tonight. “A lot of young girls especially deal with it, and I hope I can just tell them—you don’t have to be stuck there—there’s a whole life beyond your issues there. It’s OK that you have it, but you can get through it. And I hope that got through.”

Zee is a finalist in the dancing competition show. She will duke it out with Paige VanZant, and Nyle DiMarco for the Mirror Ball trophy on May 24.