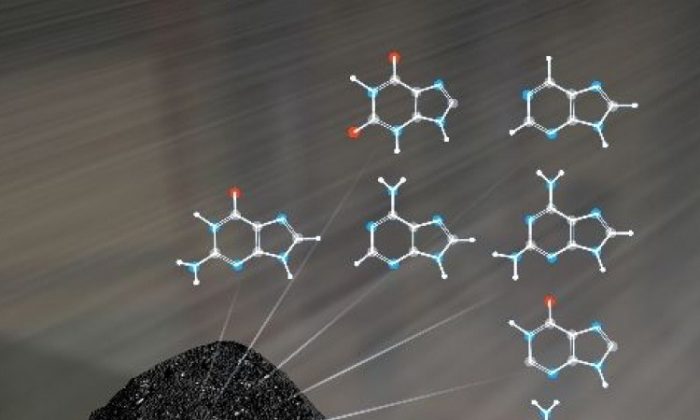 Meteorite Hunters Journey to Mississippi to Gather Artifacts From the Sky

Since he began collecting meteorites five years ago, Roberto Vargas has made several pilgrimages to hunt for cosmic stones that—for him—hold the secrets of life itself.

When he heard about a meteor exploding over southwest Mississippi at 8:03 a.m. on April 27, Vargas left Connecticut and flew to New Orleans to meet his fellow meteorite-hunter friend Matt Stream, and they began their search.

Bill Cooke, the program manager with NASA’s Meteoroid Environments Office, told The Epoch Times that the basketball-sized piece of an asteroid hit the top of the atmosphere above Mississippi moving at 29,000 mph.

The fireball that was reported to have been seen from throughout Mississippi, as well as Arkansas and Louisiana, soared into the morning sky before the pressure caused the rock to break with the energy of about three tons of TNT, which then generated a shockwave that traveled to the ground and rattled houses.

“This will be the fifth time space rocks have descended from the sky over Mississippi since the 1800s, the last time being in 2012,” Cooke said.

The meteor is believed to have been a foot in diameter, weighing 90 pounds, and was first spotted 54 miles over the Mississippi River near the town of Alcorn, according to a NASA Meteor Watch statement on Facebook.

It disintegrated approximately 34 miles above the swampy area north of Minorca in Louisiana, and at its peak, the fireball was over ten times brighter than the full moon.

Fragments from the explosion fall into what is called the strewn field—the area where the meteorite pieces are projected to have scattered. The locale of this strewn field was within the Mississippi-riverside town of Natchez over the Adams and Franklin County border.

The meteorites themselves are usually grey on the inside with a black, fusion crust, like charcoal, Cooke explained.

They vary in size, some weighing “just a few ounces,” he said.

“You could easily miss them if you aren’t looking for them,” he said. “So, if you’re out around east of Natchez and you see a black rock that looks out of place, it could very well be a meteorite.”

This is where meteorite hunters come in.

Cooke said, depending on the kind of meteorite, it could sell for $3 a gram.

Meteorites that people saw shooting into the atmosphere might go for three times that amount because of their association with the novelty of having witnessed its grand entrance.

Also, if a meteor falls on someone’s property, it belongs to the owner; if it falls on a public road, “that’s when the fighting occurs; it’s finders keepers,” Cooke said.

Vargas’ most successful hunt was in 2019 after a meteoroid “about the size of a washing machine” shattered into the night sky of Aguas Xarcas, a small town in Costa Rica.

“That one was very scientifically significant,” Vargas said.

What Vargas found in Costa Rica was a different material than what is called ordinary chondrite—the class of meteorite that comprises 87 percent of what is usually collected.

Scientists reported the Costa Rica meteorite to be a wad of carbonaceous chondrites, a wet clay rich in organic compounds and full of water.

“Carbonaceous chondrites are some of the oldest materials in our solar system,” Vargas said. “Some of the material predates our sun.”

What were also found in the meteorite were amino acids, the building blocks of life, Vargas said, adding that the fact that amino acids were found in the rock gives credence to the theory of panspermia.

Francis Crick, an English molecular biologist who assisted in deciphering the helical structure of the DNA molecule, was skeptical of the idea of humans having evolved on earth and postulated that people were the product of “Directed panspermia,” the theory that organisms were deliberately transmitted by meteorites to the earth by intelligent beings on another planet.

“The theory is that the meteorites from other galaxies, solar systems, or whatever the case may be, land and seed planets with these amino acids, which starts a series of chain reactions that lead to creating life,” Vargas said.

Artifacts from the Sky

Vargas is a part of a global non-profit organization called the International Meteorite Collectors Association, and his own collection comprises up to 400 different kinds of meteorites.

Meteorite collectors have a symbiotic relationship with the science community, he said, that involves collectors sending 20 percent or 20 grams of their findings to scientists at universities that have meteorite departments such as Portland or Arizona State University, and in return, those departments can classify the meteorite for them.

Ordinary chondrite, which is what appears to have fallen in Mississippi, come from the asteroid belt between Mars and Jupiter, Vargas said.

Vargas and Stream were among the first meteorite hunters who arrived. After a four-day search, they left with two stones.

“Within two days of us posting what we found on Facebook, there were 14 hunters from across the country down here hitting the pavement, and when we left there were still eight to 10 people still searching,” he said.

For Vargas, the long journey for two stones isn’t a great distance to have the opportunity to hold an artifact as old as the sun, he said.

“I have pieces of the moon and of Mars in my personal collection, and it’s crazy to look into the night sky when there’s a full moon and actually hold a piece of that here on earth,” he said.