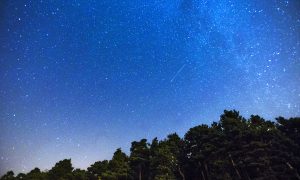 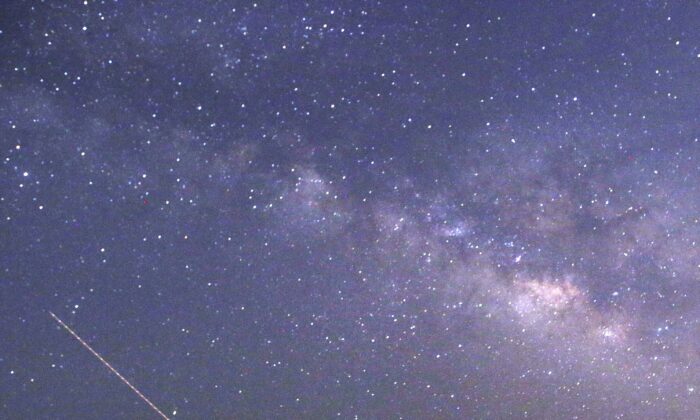 A meteor shower from Halley's Comet will streak through the night sky. (Ye Aung Thu/AFP via Getty Images)
Australia

Australians will be treated with an “incredible display” as one of the best meteor showers this year streaks across on the morning of Friday, Saturday, and Sunday, if weather permits.

The Eta Aquariids meteor shower, whose peak activity is usually on or around May 5, was formed by bits of rock and ice that had broken off from Halley’s Comet, the iconic naked-eye comet that appear every 75-76 years.

It is believed that the meteors of the Eta Aquariid shower that people currently see separated from Halley’s Comet hundreds of years ago. However, unlike its distant relation, which can only be seen up to twice in a human lifetime, the Eta Aquariids come around to earth every year, usually between April 19 to May 28.

“These chunks of ice and rock hurtle through space at incredible speed and then burn up in the Earth’s atmosphere,” astronomer Brad Tucker from The Australian National University in Canberra said.

“It makes for an incredible display of streaking, bright lights and is one of the best meteor showers you will see all year.”

The meteor shower will be visible across Australia, with 15 to 20 shooting stars be able to be spotted per hour during the display.

“And you don’t need a telescope. Look up, and let your eyes soak in the display,” said Dr Tucker, who suggest star gazers to look East from preferably 2:30am to 3am, and to look out for planets Saturn and Jupiter, the two brightest objects in the sky.

“There will be a thin crescent Moon in the sky, but it won’t be that bright, which means the sky should be pretty nice and dark,” he said. “Looking further away from the Moon will allow you to see fainter meteors.”

While an expected dark sky can offer a good viewing condition, the weather may get in the way of enjoying the meteor shower display.

The next astronomical event to expect in this month is a super blood moon on May 26, which presents a red moon on a total lunar eclipse.