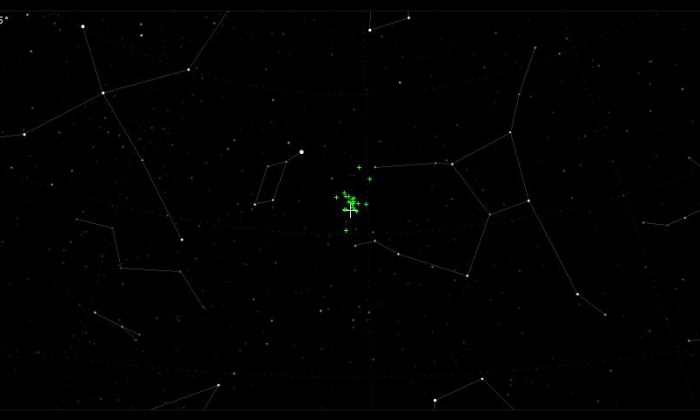 The broadcast starts at 8:30 p.m. EDT and runs the whole night. (The live feed is below the text)

“If you’d like to catch a last look at 2013 Lyrid meteor shower, this is your chance!” MSFC officials said Monday, according to Space. “Although a bright moon may interfere with viewing, you should still be able to see Lyrid meteors at an anticipated rate of 10-20 meteors per hour.”

The meteor shower started April 16 and continues until April 25, but peaked over the weekend. Some skywatchers were able to see as many as 20 meteors per hour.

The Lyrid meteor shower takes place each year in mid-April when the Earth gets close to debris from the Comet Thatcher.

The Lyrids have been observed for thousands of years.

An account of meteor shower was first written down in 687 BC in the Zuo Zhuan, an ancient Chinese historical account covering the Spring and Autumn Period that lasted from 771 to 476 BC.