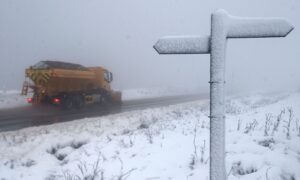 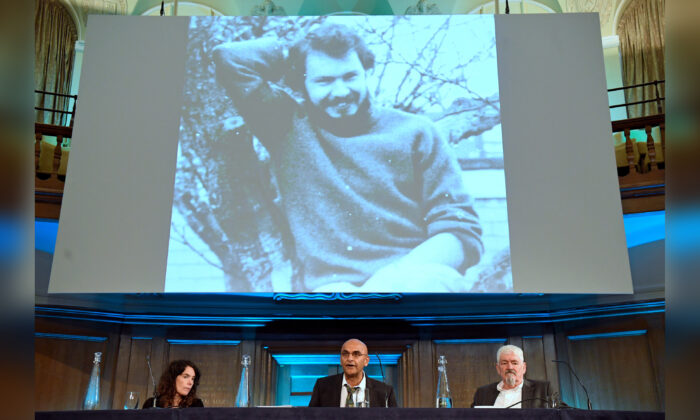 The Metropolitan Police has concealed its “serious failings” in the investigations into the murder of Daniel Morgan in 1987, and its first objective has been to “protect itself,” an independent panel has found.

Morgan, a private investigator at Southern Investigations in Thornton Heath, was 37 years old when he was axed to death in a dark corner of the car park of the Golden Lion public house in Sydenham, South East London, leaving behind his wife and two young children.

No one has ever been convicted of the murder as a result of four major police investigations, an inquest, and several other operations.

The Daniel Morgan Independent Panel on Tuesday published a 1,251-page report after its 8-year investigation during which the panel reviewed “some 110,000 documents, amounting to more than a million pages.”

The panel was established in May 2013 by the then-Home Secretary Theresa May, to look into allegations including police involvement in Daniel Morgan’s murder, police corruption in protecting the murder(s), and its failure to confront the corruption.

The Met’s initial investigation into the murder was heavily criticised, with the murder scene not searched and left unguarded, other opportunities to gather evidence irretrievably lost, and alibis not sought for suspects.

A later probe by an external force, Hampshire, was also found to have been compromised by the inclusion of a senior Met officer on the team.

Detective Sergeant Sidney Fillery, who a witness said was “quite aware that Daniel Morgan was going to be killed” and would retire from the police to replace Morgan at Southern Investigations, and ten other police officers who were prominent in the Morgan murder investigations were members of the Freemasons, fanning suspicion that their loyalty was split.

The report said the panel found no evidence that Masonic channels were corruptly used in connection with either the commission of Morgan’s murder or to subvert the police investigations, but the panel recommended that new officers should be required to declare their membership of such organisations when they join the force and that vetting processes should be tightened.

The panel was originally expected to produce a report one year after documents were made available, but since the panel was not established under the Inquiries Act 2005, it lacked the necessary statutory powers to compel witnesses to testify or to compel the Met to disclose documents in a timely manner.

“We received the last relevant material from the Metropolitan Police in March this year,” panel chair Baroness Nuala O’Loan said in a statement (pdf).

All the panel’s interviewees assist the panel voluntarily, but “a few individuals declined to be interviewed, for a variety of reasons, including fear of reprisal, even more than 30 years after the murder,” O’Loan said. “Several witnesses sought and were given anonymity.”

The panel recommended investment in protecting whistleblowers. It also criticised the Met for then-Assistant Commissioner Dame Cressida Dick’s initial refusal to grant access to a police internal data system and the most sensitive information.

In a statement, the Met said: “We deeply regret that no-one has been convicted of Daniel’s murder. We have not stopped pursuing justice.

“We accept corruption was a major factor in the failure of the 1987 investigation. This compounded the pain suffered by Daniel’s family and for this we apologise.

“The report is extremely detailed covering 34 years and multiple police operations. We will respond in more detail later today.”

Home Secretary Priti Patel described the Daniel Morgan case as “one of the most devastating episodes in the history of the Metropolitan Police.”

“Police corruption is a betrayal of everything policing stands for in this country. It erodes public confidence in our entire criminal justice system. It undermines democracy and civilised society,” she said.

“We look to the police to protect us and so they are invested with great power.”

Patel said the “overwhelming majority” of officers use this power honourably but criticised those who do “terrible harm” by misusing it or who “indulge cover-up or ignore corruption.”

She went on: “This is one of the most devastating episodes in the history of the Metropolitan Police.”

Patel told Parliament that she intends to update the MPs when she receives responses from the Met and others.

Dick, now the commissioner of the Met, apologised to Morgan’s family.

“It is a matter of great regret that no one has been brought to justice and that our mistakes have compounded the pain suffered by Daniel’s family. For that I apologise again now,” she said in a statement.

“I have been personally determined that the Met provided the Panel with the fullest level of co-operation in an open and transparent manner, with complete integrity at all times.

Asked earlier about if Dick should resign over the report, Morgan’s brother Alastair said “Absolutely she should.”

Met Assistant Commissioner Nick Ephgrave said that the force had made “many mistakes and many errors” in the case in the past 34 years, and said he will “unreservedly apologise” to Morgan’s family, but he does not accept the report’s finding that the force is institutionally corrupt, saying: “It doesn’t reflect what I see every day.”