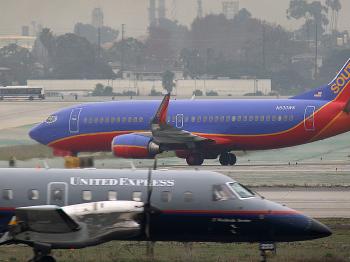 In a bankruptcy court in New York, Mesa this week listed assets of $975 million and debts of $869 million.

The company filed bankruptcy primarily to shed excess aircrafts on lease that it no longer uses. According to court papers, the airline has a fleet of 130 aircrafts, with 52 planes permanently parked and unused. The company needed to reduce its fleet to rein in the costs of maintaining and storing the unused fleet.

This process will allow us to eliminate excess aircraft to better match our needs and give us the flexibility to align our business to the changing regional airline marketplace, ensuring a leaner and more competitive company poised for future success," said Mesa CEO Jonathan Ornstein in a statement.

“We are nonetheless faced with an untenable financial situation resulting primarily from our continued lease obligations on aircraft excess to our current requirements,” he continued.

The company is also seeking bankruptcy hoping to resolve its ongoing litigation with Delta Airlines. The lawsuit seeks more than $70 million in damages from Delta, when Delta cancelled an agreement with a Mesa subsidiary due to delays. But Mesa maintained that its Delta-operated flights were based out of New York’s busy John F. Kennedy International Airports, and that the delays were not within Mesa’s control.