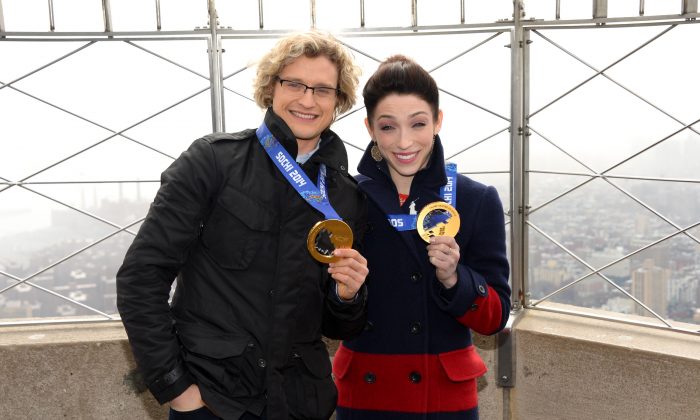 After completing their run in the eighteenth season of “Dancing With the Stars,” Olympic Gold medalist Meryl Davis and professional dancer Maksim Chmerkovskiy are on everyone’s radar as fans want to know whether the couple is dating or not.

Well, they haven’t yet confirmed the rumors, however Chmerkovskiy said he won’t be coming back to the show.

Now, the focus is on Meryl Davis who is said to be dating her long time figure skating colleague, Fedor Andreev. But the rumors seem to be fueled by nothing more than a photo of the two of them sitting comfortably together at an arena balcony with Davis’s partner Charlie White and his girlfriend Tanith Belbin. (Tinypic.com)

Andreev, 32, who competed in the 2003 Canadian Figure Skating Championship, then he competed in the ice dancing category of the Olympics for one season with a partner but was mostly entered as a single skater.

The Russian skater is also a model, drifter, and a photographer, as he describes on his website.

Although Davis and Andreev follow each other on Twitter, Andreev’s last post was made in December of 2012, and he did not congratulate Davis on her win in the competition.