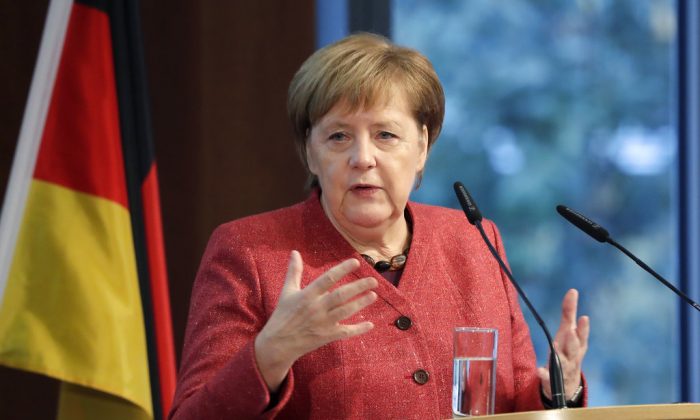 BERLIN—A German news agency says a plane carrying German Chancellor Angela Merkel to the Group of 20 meeting in Argentina has been forced to make an unscheduled landing after developing technical problems.

The German news agency DPA reported on Nov. 29, that the government Airbus, which was en route to Buenos Aires, turned around over the Netherlands about an hour into the flight.

It says the aircraft landed safely in Cologne in western Germany. It says a replacement German air force plane is being prepared to carry Merkel and her entourage to the G-20 meeting that starts Friday.

According to German military blog Augengeradeaus.net, the aircraft was transmitting a 7600 transponder code, indicating a radio failure.

The G-20 meeting in Buenos Aires comes amid growing economic anxiety and global upheaval as a result of President Donald Trump’s trade policy.