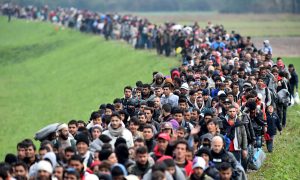 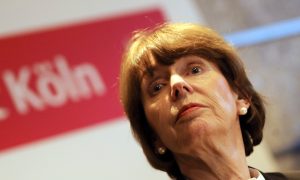 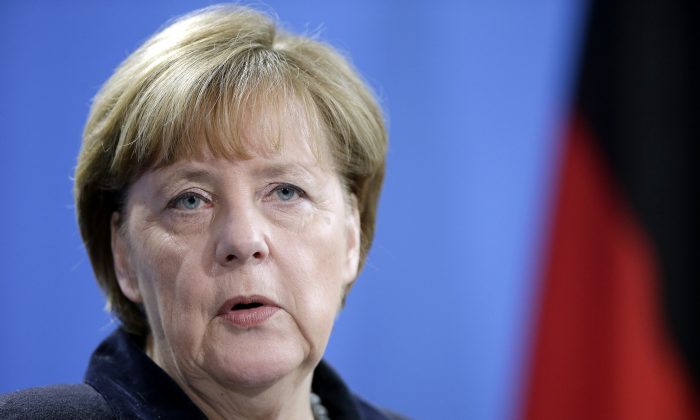 German Chancellor Angela Merkel speaks during a joint news conference with the Prime Minister of Romania, Dacian Ciolos, as part of a meeting at the chancellery in Berlin, Germany, on Jan. 7, 2016. (AP Photo/Michael Sohn)
Europe

Merkel said the proposal, which will be discussed with her coalition partners and would need parliamentary approval, would help Germany deport “serial offenders” convicted of lesser crimes.

The reports of the Cologne attacks on women by groups of men described by police as predominantly Arab or North African in origin have fueled calls for tighter controls in Germany, which received nearly 1.1 million migrants in 2015.

“If people act outside the law … naturally there must be consequences,” Merkel said.

Of 31 suspects temporarily detained for questioning following the New Year’s Eve attacks, there were 18 asylum seekers but also two Germans and an American among others, and none were accused of specifically committing sexual assaults and the investigation is ongoing.

18 Asylum-Seekers Linked to Crimes in Cologne at New Year

Cologne’s police chief was dismissed Friday amid mounting criticism of his force’s handling of the incidents, and being slow with releasing information.

Merkel said local authorities must not be perceived to be withholding information and urged that the case be “fully clarified.”

“Everything has to be put on the table,” she said.

The proposal passed by party leaders would strengthen the ability of police to conduct checks of identity papers, and also to exclude foreigners from being granted asylum who had been convicted of crimes and sentenced to terms even as light as probation.

“Serial offenders who consistently, for example, return to theft or time and again insult women must count on the force of the law,” Merkel said.

Merkel has steadfastly refused to agree to establish a cap on newcomers, but the CDU proposal did note that “a continuation of the current influx would overwhelm the state and society even in a country like Germany in the long run,” the dpa news agency reported.