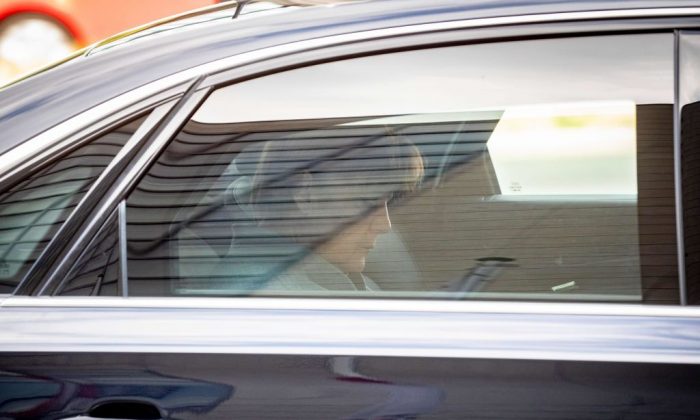 Germany—Germany’s crisis over migration policy enters a critical phase this week with Chancellor Angela Merkel’s political future on the line and the ripples already being felt across Europe.

Merkel met with senior members of her Christian Democratic Union at party headquarters in Berlin late June 17 to plan the response to an ultimatum set by her interior minister, Horst Seehofer, to order migrants turned away from Germany’s border in direct contradiction of the chancellor.

Seehofer’s party, one of three in Merkel’s coalition, is poised to hand Merkel a two-week deadline to get a European deal facilitating the return of migrants to countries in which they were first registered. The demand will be endorsed at a meeting of the Christian Social Union’s executive in Munich on June 18, according to Bild newspaper. Merkel must meanwhile decide whether to sack Seehofer for insubordination and risk a rift with her Bavarian sister party.

The upshot is “the worst crisis of her almost 13 years in office” for Merkel, said Holger Schmieding, chief economist at Berenberg in London. “If the Bavarian CSU does not agree to any compromise on migration policy, her current government may fall apart shortly.” He added, however, that he thought that scenario “unlikely.”

Merkel’s Coalition Crisis Could Blow Up or Blow Out

The deadline handed to Merkel by her smaller Bavarian ally shows how emboldened it feels as governments from Hungary to Italy, Austria and the UK adopt hardline stances on protecting national borders. Even with a sharp decline in the numbers crossing to Europe over the Mediterranean, migration has surged to the top of the political agenda, with the proliferation of unilateral measures fraying the bonds of EU unity.

Migration is “a European challenge that requires a European answer,” Merkel said in her weekly podcast released June 16. “I see it as one of the most decisive issues in holding Europe together.”

She insists that unilateral action by Germany would trigger a wider crisis, and will now use the run-up to a June 28-29 summit of EU leaders to try and forge some sort of agreement.

The German chancellor will hold talks with Italian Prime Minister Giuseppe Conte in Berlin on June 18. Merkel will then discuss migration with French President Emmanuel Macron during a joint cabinet meeting at a government retreat outside Berlin on June 19.

Failure to reach a deal that can be presented as a breakthrough at European level could precipitate a full-blown crisis in Germany that might topple Merkel after almost 13 years as chancellor. Her demise would likely further bolster authoritarian governments in eastern Europe, undermine the new Spanish government’s humanitarian stance on migration and put at risk Macron’s plans for euro-area reform.