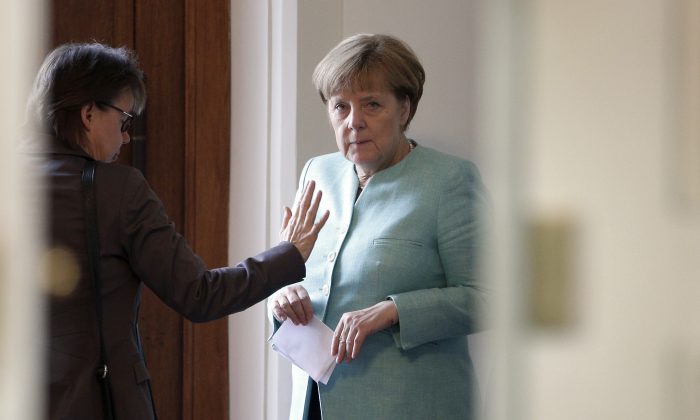 German Chancellor Angela Merkel (R) talks to her office manager Beate Baumann (L) prior to a cabinet meeting as part of a two-day retreat of the German government in Meseberg north of Berlin, Germany on May 25, 2016. (AP Photo/Michael Sohn)
International

BERLIN—The German government is appealing a court order requiring it to provide information about any background briefings that Chancellor Angela Merkel has with journalists.

A Berlin court ruled in favor of a newspaper reporter who had demanded details about the time, place, participants and topics of Merkel’s off-the-record chats, though not the precise contents.

The German weekly Der Spiegel first reported the ruling over the weekend.

Merkel’s spokesman, Steffen Seibert, said Monday the government has “a very clear legal stance which it will present during the further course of the case.”

The head of Germany’s journalists association DJV criticized the court’s decision. Frank Ueberall said the wording of the ruling could result in all conversations between journalists and officials being publicized.