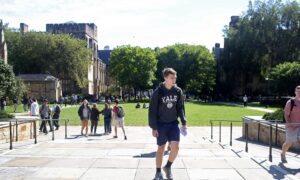 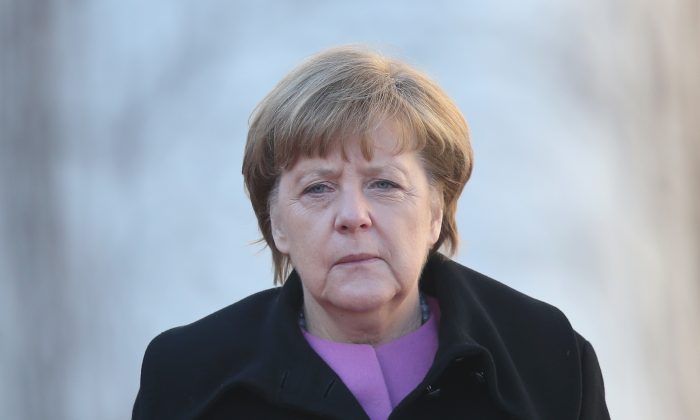 The first female chancellor in German history, Merkel has held the position for three terms. Although under some political pressure earlier in the year with her party absorbing a series of defeats at lower levels, she seems to be the odds-on favorite to win a fourth term in Sept. 24 national elections. Various polls reportedly give her between a 10- to 19-point lead.

Although born in Hamburg (then West Germany), Merkel grew up in East Germany. During her life there, she learned fluent Russian and studied chemistry, obtaining a PhD in physical chemistry. Adroitly avoiding political activity (and hence avoiding “reporting” on colleagues to East German Stasi), she became more politically active after the fall of the Berlin Wall. Then, in German politics, she maneuvered steadily, not hesitating to climb over former associates and mentors to reach leadership of the Christian Democratic Union (CDU) and successfully campaigning for leadership of federal Germany.

The result has been 12 years of solid stewardship. She has benefitted from German economic strength and the absence of effective political rivals, both domestic and European. Her only points of comparison are major international leaders: Trump; Putin; and Xi.

In both domestic and European instances, she and Germany have filled a vacuum, sometimes deliberately; other times, almost in a fit of absent-mindedness. Her center-left political rivals, the Social Democratic Party (SDP), are led by Martin Schulz, who in their single head-to-head debate on Sept. 5, showed neither charismatic personal fire nor compelling, substantive initiatives.

Nationalist up-and-comer, The Alternative for Germany (AfG), surged earlier this year but receded into single digit support—although projected with sufficient support to enter parliament. The AfG, akin to nationalist parties in The Netherlands and France as well as movements inter alia in Hungary and Poland, appeared to peak along with popular concern over unrestricted refugee flow was pushing into the country. Smartly, Merkel defused this threat by reducing the flood of refugees to a stream.

With the anticipated Merkel victory, she will still not have a majority, but needs agreement with another party—likely the SPD with which the CDU has allied in the past. The only fleeting question is the reliability of polls, which have in recent elections proven dramatically wrong in multiple countries, including the United States and the UK.

That said, is Germany now poised to “be all it can be”? Or will it be content to remain an economic giant but a political/military dwarf? For example, will it

–continue to take thinly veiled pot shots at USA/Trump (“the times in which we can rely entirely on others are somewhat over”);

— step up leadership in NATO, the EU, the G-20, the UN, and other international areas? Berlin could, for example, seek a stronger role in conflict areas throughout the Middle East;

— seriously increase security spending from 1.2 percent to 2 percent (and be prepared to use combat troops in far-away places?);

–stand up to Russian President Vladimir Putin by giving direct security assistance to Ukraine?; and

— recognize that an open-door policy to Syrian/other refugees simply sucked them north and act immediately to return them to their countries now that Assad has won the civil war and ISIS/Daesh has been defeated?

In recent months, there has been substantial “over the top” media praise for Merkel, for her “moral” leadership and supposedly acting “as the only adult” in current international leadership. These accolades sometimes reflect the preferences of the media, e.g., her support for the Paris “global warming” environmental Treaty; ending nuclear power in Germany; backing gay marriage. But other media accolades come pure and simple from her willingness to toss barbs at U.S. presidential leadership.

We need to realize Germany is at most a “middle weight” power. Germany has no nukes; nukes don’t make a first echelon power, but no major power is without them. Germany is unable/unwilling to project power outside Europe and there is no expectation Merkel will seek to enhance her/Germany’s role if it would disturb the comforts of the somnolent German population.