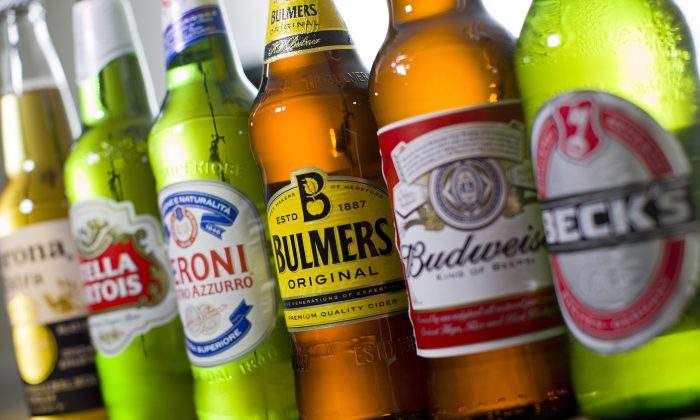 The two biggest beer producers in the world are set to merge after SABMiller accepted Anheuser-Busch InBev’s $104 billion offer. The deal will create a brewer selling one in every third beer worldwide, with brands like Budweiser, Stella Artois, Grolsch, Miller, Corona, and Peroni under its umbrella.

As with all mergers and acquisitions, the idea is that by joining forces the new bigger-and-better company can implement economies of scale and scope, as well as increasing its market share—all resulting in greater profits. But there are no guarantees.

Research consistently finds that between 60 percent and 80 percent of acquisitions fail to deliver the expected benefits and more than 50 percent destroy shareholder value. The reasons usually lie in the buyer being forced to pay too much for the company it is acquiring, botched integration and an over-estimation of the merger’s benefits.

Belgian brewer AB InBev has both a reputation and demonstrable track record for being able to effectively extract savings when acquiring new assets. For example when it took over Anheuser-Busch in 2008. But mergers are a costly exercise for the bidder’s shareholders (and potentially customers). It is likely only the target’s shareholders who will be the main beneficiaries.

In major manufacturing operations economies of scale can be enormous which means breweries will be streamlined to focus on the largest and most modern. Economies of scope—where it’s cheaper to produce a range of products together than individually—will be substantial too. In terms of personnel, for example, head offices and country management teams are likely to be integrated. Plus, the combined purchasing power of the new bigger company should also realize substantial savings.

The deal will also give AB InBev access to growth markets in Africa and Latin America where it is currently not represented. Management will expect to benefit as they will preside over a much greater business resulting in greater pay, power, and status.

But if drinkers are hoping the cost savings will be passed on to them I feel they will be sorely disappointed. They will probably find that choice will diminish as well. Indeed greater market power arising from mergers usually results in higher prices.

Thus, a major issue facing the merger of the world’s two largest brewers is the competition authorities, with antitrust regulators in the United States likely to scrutinize the deal. There is therefore a strong likelihood that they will have to dispose of some of their brands. For example, when AB InBev took over Grupo Modelo in 2013 it had to sell some of Modelo’s U.S. assets, including Corona.

It is also probable that product ranges will be reviewed and reduced to allow for greater investment in marketing the retained brands. This could see AB InBev having to divest a well-known brand, as it will have to appease the U.S. competition authorities.

A combination of reasonably strong stock markets and low interest rates together with cash rich potential investors are largely responsible has seen an increase in mega-mergers, with this being hot on the heels of LaFarge’s $50 billion merger with Holcim.

In the case of AB InBev a global beer market showing little growth may well be the major driving force. The market is largely flat and in some regions is declining as other beverages such as wine continue to penetrate. Micro-brewers and their highly differentiated craft ales also continue to make progress. As a consequence cost, product, and distribution rationalization become an attractive way of increasing shareholder returns.

AB InBev has had to transfer many of the synergy benefits in cost savings to SABMiller’s shareholders through raising the price five times to win approval. They have clearly been structuring the offer to suit the two main shareholders who face a major tax bill if the deal was paid in cash. The offer is partially unlisted shares, which will allow shareholders to take profits at some stage in the future.

AB InBev’s determination to do this deal may ultimately be a problem for them. Advisor fees will run to hundreds of millions of pounds, much of which will be dependent on the deal succeeding. And when the stakes are so high, the impartiality of the advice they are getting is open to question. Mergers are costly and with AB InBev’s track record expect substantial redundancies and cost savings over the next year.

John Colley is a professor of practice at the University of Warwick, U.K. This article was previously published on TheConversation.com