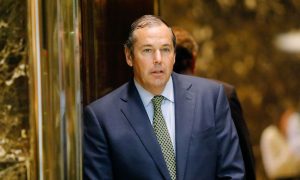 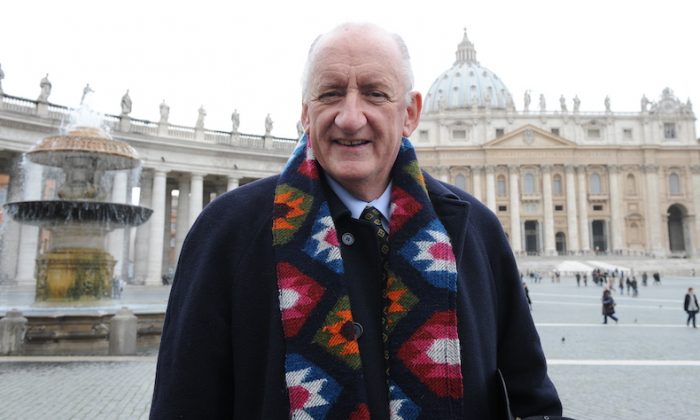 The idea of a merger of the Australian state of South Australia (SA) with the Northern Territory (NT) was made again by former Country Liberal Party MLA and NT Attorney-General John Elferink, amid recent reports last month that NT is in big financial trouble, borrowing money not only to cover daily operational costs but also to pay interest on existing debt.

Elferink’s idea has received some support from former Territory and federal MPs.

In letters to the editor in NT News, Elferink said that SA and NT could merge into “Centralia,” which would have “resources to rival Western Australia.”

“The opportunities for a new state that represents a third of the continent’s land mass with direct access to Asia are very real and merit serious consideration, particularly in the Asian century,” Elferink wrote in a recent letter on Jan. 2, the Australian Broadcasting Network (ABC) reported.

The idea gained the support of former deputy Prime Minister and National Party federal leader Tim Fischer who suggested that the merged states be named “Coonawarra,” an Indigenous name which relates to honey.

“It’s absolutely worth investigating,” Fischer told ABC Darwin on Jan. 3. “It would mean a dynamic economic focus for the combined South Australia [and] Northern Territory to Asia, and that would be job creating in its own right.”

Australian Conservatives SA Senate candidate Rikki Lambert says the idea has merit but that at the moment, the terms are not really attractive to SA and the SA Liberal Premier Steven Marshal should explore the proposal only on SA’s terms.

“The NT is essentially broke and should serve as a warning to all political parties and candidates of the dangers of promising the world to voters without a clear and transparent plan for voters on how you will pay for it,” Lambert said.

Should the NT and SA merge? @RikkiLambert says he's unsure its @abetterway4SA if it's on apparently broke NT's terms, but its a cautionary tale on politicians promising what they can't afford #auspol #NTpol #SAparli #abetterway https://t.co/nXisfmHuGA pic.twitter.com/XgOywOfa1t

“Maybe we should look at Elferink’s merger proposal. WA is a large state and we would be comparable in size. I love being a Territorian but if we can’t manage our finances and are going broke, then I think the benefits of a merger are worthy of discussion,” he said, according to Gold Coast Bulletin. “I have been here since 1970 and this is the worst I have known it.”

However, both SA and NT governments appear to have dismissed the idea.

“The [Steve] Marshall Government has no plans to merge South Australia with the Northern Territory,” a spokesman for SA’s Liberal government said, according to the ABC.

During a press conference about how an increased migrant intake could help improve the NT’s economy, the territory’s chief minister Michael Gunner said he did not “believe that we should be looking to delegate, defer, or hand [NT] decisions to anybody else,” the ABC reported.

There had been previous calls for a merge of the two states in 2015.

“The Territory budget is in structural deficit, meaning there is a fundamental imbalance between receipts and expenditures that is not related to one-off or short-term factors,” the report said. “This problem will persist in the absence of a plan for doing business differently.”

The report explained that over the past 20 years, the NT incurred deficits in its budget, which has made it harder to budget and manage debts in the current economic downturn.

“When the government came to power in August 2016, the Territory had been enjoying the highest level of untied GST revenue since the GST commenced in 2000-01,” the report said.

Lambert said in December, “The NT has been a special case on GST, as they have significant mineral resources yet they rely on welfare from other states.”

The report urged that the government adopt a medium to long-term plan to balance its budget by no later than 2030.

Currently, there is no definitive plan, but the government is seeking public consultation, including input from industry and unions for help to address the issues.