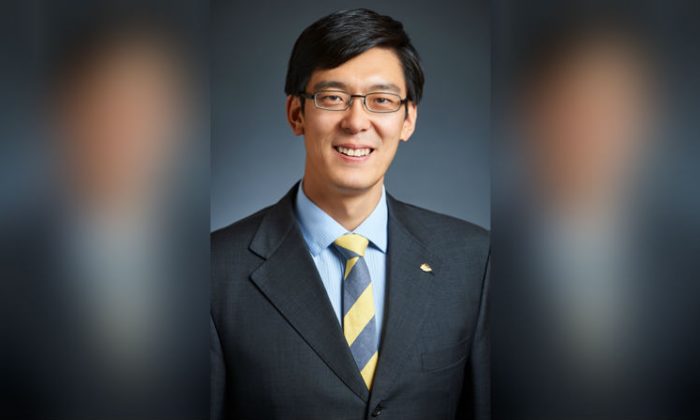 The businessman who mentored Labor Member of Parliament in Western Australia Pierre Yang (Shuai Yang), has close ties to a key agency of the Chinese Communist Party (CCP) that seeks to establish Beijing’s influence in the West, The Australian newspaper reported.

Perth businessman Dr Edward Zhang (Ye Zhang) owns the Australian Chinese Times newspaper, and is understood to be one of the most senior figures in Perth’s Chinese community with extensive links to the CCP’s United Front Work Department (UFWD), according to the article.

The UFWD is an arm of the CCP that Chinese embassies run around the world to create a “united front” for the CCP’s propaganda warfare, which aims to subvert and influence elements in foreign societies to work on behalf of the Chinese regime’s interests. One of its main tactics is to build influence through appointing ethnic overseas Chinese.

The Australian reported that some members of the Labor Party in WA are worried about Yang’s rising influence. Since being elected to parliament Yang, 35, has recruited a record 500 new members to the WA division of the Labor Party’s total membership of about 7,000, with almost all of the recruited members being from his local ethnic Chinese community.

Yang currently serves as the Western Australian government’s upper-house whip. He was elected to parliament in 2017 with support from United Voice, a left-wing union party.

Yang said he spent 10 years as a lawyer and more than another decade serving in the Australian Army reserve.

In his inaugural speech to the West Australian Parliament in May 2017, Yang said he met with Zhang after he arrived in Perth as a 15-year-old from China, and described Zhang as “like an uncle.”

“He advised me, encouraged me, and supported me on my journey to become a parliamentarian,” said Yang. “Dr Zhang is like an uncle to me, and I am privileged to have known Dr Zhang.”

Zhang is the president of two UFWD-linked groups: the Northeast China Federation Inc. (NECFI) and the Association of Great China (AOGC).

The main goal of NECFI is to promote the Belt and Road Initiative in Australia. The AOCG, formerly known as Association of Australian Chinese Mainlanders and Friends Inc., has supported Beijing in its stance on the South China Sea.

Yang is a member of both groups, and confirmed he acted as a voluntary legal adviser to both NECFI and AOCG for several months after starting his parliamentary term. He said he did not directly work for them, according to the Australian Broadcasting Corporation (ABC).

Yang also said he had only done legal work for individual members of the groups, not the groups themselves.

“People would call up and they say they’ve got a family law issue, I’ll probably spend 10 or 15 minutes on the phone because of my family law background,” he told the ABC.

Pierre Yang's business link with Edward Zhang goes back a long way. Yang used to be the legal adviser for The Association of Great China Inc. 大华联会 founded by Zhang. https://t.co/ts4XT7CxMC

Zhang is the honorary chairman of the WA branch of the Australian Council for the Promotion of the Peaceful Reunification of China (ACPPRC), a prominent front group for the UFWD.

Chinese-language media reports show Zhang had praised the CCP for “leading the people to create a happy and prosperous life and hastening the great rejuvenation of the Chinese nation” at the 2011 inauguration of the WA ACPPRC, according to The Australian.

The ACPPRC website listed Yang as an an executive member, a claim he has denied and he has since instructed his lawyers to remove his name (pdf) from the ACPPRC website.

The Australian also reported that Yang is close to Ben Pan (Bangyu Pan), who chairs the WA ACPPRC.