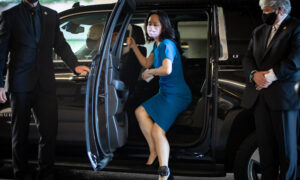 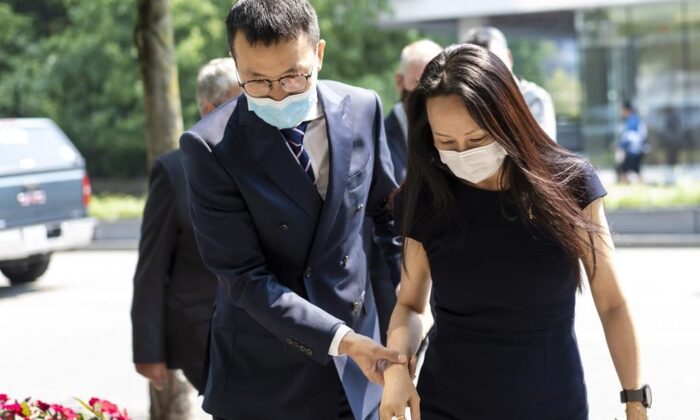 Meng Wanzhou, chief financial officer of Huawei, leaves for a lunch break during her extradition hearing at B.C. Supreme Court, in Vancouver, B.C., on Aug. 13, 2021. (The Canadian Press/Jimmy Jeong)
Canada

The B.C. Supreme Court is hearing formal arguments in the extradition case for the telecom executive that began last week amid rising diplomatic tensions.

Meng, who is Huawei’s chief financial officer and daughter of the company’s founder, was arrested at Vancouver’s airport in 2018 at the request of the United States in a move that fractured Canada’s relationship with China.

She says she is innocent of U.S. fraud charges that are based on allegations she misled HSBC in a 2013 presentation about Huawei’s control of another company that did business in Iran.

Lawyers for Canada’s attorney general have said the alleged lies would clearly constitute fraud in Canada and Meng should be surrendered to face prosecution in the United States.

The case is scheduled to continue through Friday, although lawyers have said they are on track to wrap up mid-week.