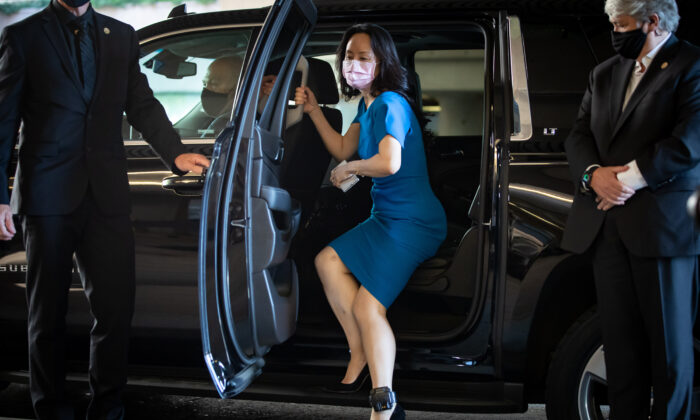 The final round of hearings for Meng’s extradition case began in the British Columbia Supreme Court in Vancouver.

Meng’s legal team recently obtained internal email chains and spreadsheets from HSBC through a court agreement in Hong Kong, which they submitted to the B.C. Supreme Court, arguing that they prove the United States had misled the court in its summary to Canada and therefore undermined its fraud allegations against Meng.

On July 9, Associate Chief Justice Heather Holmes ruled against admitting the evidence submitted by Meng’s lawyers, saying in her ruling that the documents do not “expressly” support Meng’s claims.

Meng was arrested by the Canadian police on a U.S. warrant in December 2018 at the Vancouver airport while en route to Mexico.

Meng was charged with bank fraud for lying to multiple financial institutions, including HSBC, about Huawei’s business with Iran, leading them to violate U.S. sanctions against the Middle East country.

Both Huawei and Meng have denied these allegations.

Meng was released on bail roughly a week after her arrest, and has been living in one of her multi-million dollar mansions in Vancouver.

Shortly after Meng’s arrest, the Chinese authorities arbitrarily detained two Canadian citizens—Michael Spavor and Michael Kovrig—charging them with espionage. The two men have been in Chinese prison since December 2018. The move was widely seen as a retaliation against Canada by the Chinese regime.

Legal arguments are expected over the next few weeks from the Department of Justice and Meng’s lawyers over whether she should be extradited to the United States.