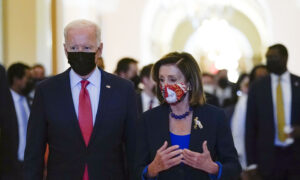 Carlie Trent, a 9-year-old Tennessee girl who went missing more than a week ago, was found on Thursday afternoon.

Two men, Donnie Lawson and Stuart Franklin, who were searching East Tennessee found Carlie and her alleged abductor, Gary Simpson, who is her uncle, deep in their property along trails that were only accessible by ATVs.

Mark Gwyn, the director for the Tennessee Bureau of Investigation, told Local 8 Now that one man held Simpson at gunpoint while the other called 911. She was found about 20 miles away from her family home in Rogersville, Tenn.

According to CNN, she was holding onto her teddy bear.

“I think this is just two heroes that went onto the property just to see, by chance, could they be there, and they were,” said Gwyn.

He said that Carlie appeared to be fine, but medical professionals will examine her.

Two other men, Roger Carpenter and Roger Hamblen, also aided in the search.

Carpenter, a local minister, told WBIR-TV that they previously searched the area a day prior but didn’t find tire tracks.

He said that he had a feeling they should head back there the next day. “Thank God we went back there,” he said.

“Carlie is safe tonight because of an entire community pulling together and working with law enforcement to bring Carlie home,” Gwyn added.

Carpenter described their search as “a lot of hitting the bushes, digging, praying, a lot of heartache, a lot of disappointment.”

Simpson is accused of removing Carlie from school without permission on May 4 in Rogersville, TBI said.

Simpson, 57, who is Carlie’s uncle by marriage, was charged with especially aggravated kidnapping. He could face other charges. Currently, he is being held in the Hawkins County Jail.

Simpson had purchased clothing and camping equipment before going to the school.