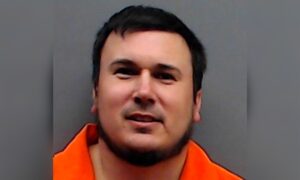 A man on an AirTran plane tried to open an emergency exit on the back of the plane, causing the plane to quickly land at Memphis so the FBI could detain the man.

Flight 265 from Baltimore-Washington International to Austin touched down in Memphis so officials could interview the man and check the aircraft before it took off again.

The man was detained for two hours, reported WREG. By the time he was taken away in a police car, the plane took off to Austin.

The Airport Authority and the FBI is determining whether to charge the man with any crime.