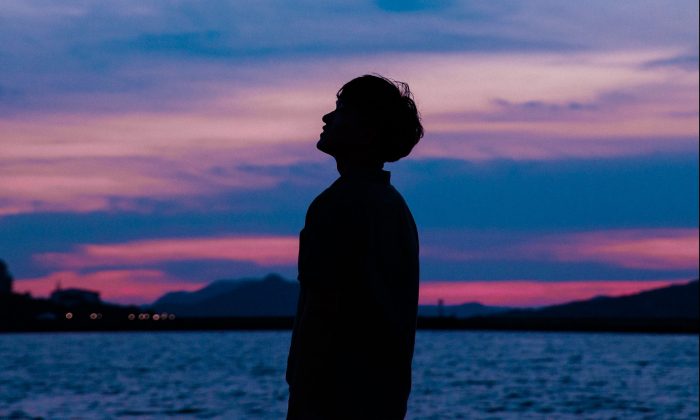 Remembering that you are not immortal can help you live your life to the fullest every day. (Na Inho/Unsplash)
Viewpoints

The author Chuck Palahniuk once wrote: “We all die. The goal isn’t to live forever; the goal is to create something that will.”

Now, as a Catholic, I would argue that the ultimate goal is, indeed, to actually live eternally, but there can be no argument that everyone who is born will eventually shed their mortal bodies and leave all they have ever known behind.

It doesn’t matter how much you rage against it, death will one day come and bear you away. Rich or poor, man or woman, you too must die. Or, to quote Palahniuk again, “On a long enough timeline, the survival rate for everyone drops to zero.” So gird your loins and light your lamps, it’s time to contemplate Memento Mori: “Remember that one day, you too will die.”

The practice of meditating upon one’s inevitable death dates back to at least the days of Plato, who wrote that the ultimate point of philosophy was about nothing more than dying and being dead. In the medieval era, Christianity elevated Memento Mori to a literal lifestyle, from art to literature to architecture to music to fashion.

Memento Mori is a Latin phrase that, literally translated, means “Remember you will die.” Today, this may seem a little macabre, but only because we find reflecting upon the inevitable end of our lives morbid, rather than a brutal form of honesty and radical self-care.

So often in our Western culture, we separate the world of the living completely from the process of dying. It’s now normal for non-accidental and violent deaths to occur almost exclusively in hospitals or other dedicated health care facilities, rather than in our homes.

Our funeral rites have now incorporated technologies and sciences that do their very best to make the deceased appear as if they are “only sleeping” at open-casket funerals that can be conveniently scheduled long after the person you know became the person you knew.

We’ve separated ourselves from the truth that one day, all of us will have our last day on Earth. We’ve forgotten the art of dying well.

It’s unusual for most people to witness the death of their fellow man, or even to see the aftermath of violence and accidents. Combat veterans, law enforcement, and first responders have a very different insight into this reality than the average American.

Our economic and technological privilege means that we no longer have to deal with the realities of death in the places where we live out our lives. We have erected our own opaque veil between the land of the living and the realm of the dead; we have closed our eyes and plugged our ears to the truth.

However, there are men and women among us who have not only surrendered that privileged comfort, but often find themselves running into situations where they will not only confront the death of others, but the very real possibility of their own demise.

In recent generations past, the sorts of experiences that create an awareness of one’s mortality were limited almost exclusively to medical professionals, firefighters, and police officers. Wars would flare up every generation or so, and suddenly it wasn’t just priests and nuns meditating on their eventual and inevitable deaths.

There is quite a difference between having a vague understanding that life is finite and truly knowing that you are indeed going to die, perhaps sooner rather than later. And, like it or not, when you are gone, the land of the living is going to continue moving forward without a single hesitation. The Earth will keep rotating on its axis as it flies through space in orbit around the sun.

There is something sobering about living with an awareness that death is not only inevitable, but that you have no guarantee it will occur at a point in your distant future. Truth is, you might not live to finish this article. At any given moment, you stand ready to topple over the edge, from the land of the living to whatever world comes next.

You can ignore this fact or embrace the beauty of this knowledge and live a life of consequence; you can choose to drift through life listlessly, until your life ends like a becalmed ship, or you can choose to embrace every minute and steer into the wind.

This sort of awareness shouldn’t cripple you with anxiety and despair, but, instead, motivate you to move from inaction to action.

I want you to read this next phrase out loud: “Someday, I will die.”

Death doesn’t care if you try to avoid it, or even if you deny its reality. One day, you will draw your last breath. It doesn’t matter if it is painful or easy, violent or peaceful. We all get the same thing: a lifetime.

My time in the military stripped away any illusions I had about my fragile and finite status as a living being in our vast universe. My faith removed the sting of death. Reflecting upon it removed the fear. By keeping death daily before your eyes, there is a freedom that comes to you. I don’t waste excessive time on things that don’t matter, and I appreciate the small moments and opportunities more.

Don’t wait for a terminal diagnosis to decide to live your remaining days to their fullest. Say it out loud again, “Someday, I will die.”

Now, think about that. You already have a terminal diagnosis, you just don’t know how many days you have left. How do you want to live your life? What do you need to do so that when you are closing your eyes that final time, you feel no regret? Figure that out and start doing it.

The clock is ticking.