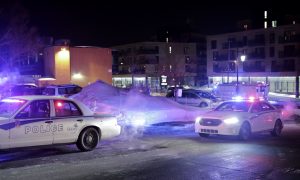 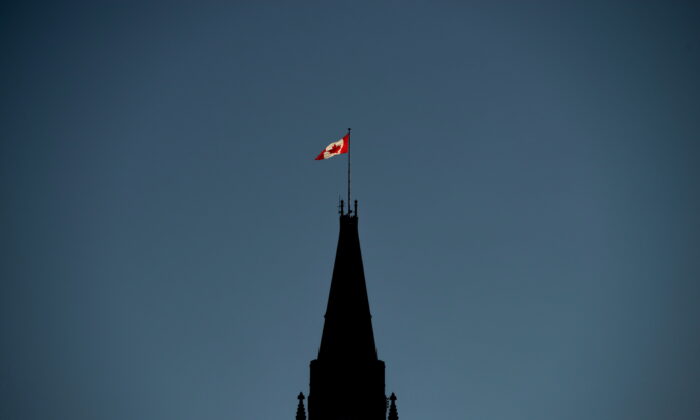 The Canadian Flag is illuminated by morning light atop the Peace Tower on Parliament Hill in Ottawa on Sept. 17, 2018. (Sean Kilpatrick/The Canadian Press)
Canada

A member and “key architect” of the foiled 2006 Ontario terrorist attack has been granted day parole, despite opposition from the Correctional Service of Canada.

“You will not be sorry,” Shareef Abdelhaleem told the Parole Board of Canada at a penitentiary in Eastern Townships, Quebec, in a Dec. 8 hearing. “You will never hear from me again.”

The case management team recommend against Abdelhaleem’s release, partly because he was rejected to stay at Résidence Emmanuel-Grégoire, a halfway house in eastern Montreal.

The board ultimately agreed to release him on “closed day parole,” which refers to a halfway house run by Correctional Service Canada rather than by a community group, reported Montreal Gazette.

Offenders on day parole are allowed to participate in community-based activities during the day and return nightly to a designated residential facility or halfway house. The Parole Board of Canada may also impose special conditions on top of standard restrictions for offenders during their release.

As a condition of his release, Abdelhaleem is required to stay away from Toronto, unless authorized by his parole officer. He hoped to stay in Montreal during his day parole.

Abdelhaleem will be eligible for a full parole in six months, after successful completion of his day parole.

Abdelhaleem and his fellow offenders, known as the “Toronto 18,” had plotted a series of attacks, using powerful truck bombs, on critical facilities, including the Parliament building, Toronto Stock Exchange (TSE), and the Canadian Security Intelligence Service headquarters.

Abdelhaleem was brought into the al-Qaeda inspired terrorist group by Zakaria Amara. But he previously admitted that his motive was mostly financial—he had planned to short-sell stocks before the attack on TSE.

In the Dec. 8 hearing, Abdelhaleem told the parole board that he felt “alienated and isolated” in Toronto at the time of his offense. He said he grew frustrated with the world, and thought attacks with truck bombs loaded with three tons of ammonium nitrate fertilizer and other chemicals was “a very fast way to change things.”

“At the time, it was the answer to the question: How to make the world a better place,” he said.

Abdelhaleem said he had thought about the people in the targeted facilities, and how they would have felt when their plan was exposed to the public.

“I want to apologize to anyone who worked in those buildings. An apology is all I can offer. There’s nothing I can do to make it up.”