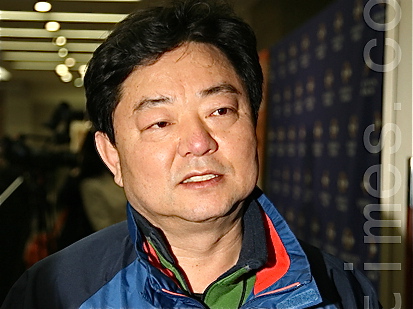 Member of Parliament: ‘The more I watch Shen Yun, the more I become fascinated’

DAEGU, South Korea—Shen Yun Performing Arts New York Company performed the premiere of its 2012 Korean tour at the Daegu Suseong Artipia on Friday evening, Feb. 24. After seeing the performance, Mr. Kim Hyeing Ryeol, a Member of Parliament, spoke highly of Shen Yun, mentioning its high class performance and the tremendous contribution it is making to the promotion of traditional Chinese culture. He mentioned that when he was the mayor of Suseong District, the Chinese Consulate tried to block Shen Yun’s performances there, but the incident has ended up making him want to watch Shen Yun’s performance every year.

Mr. Kim was one of the celebrities from the Korean political circles who attended Shen Yun’s 2012 premiere in this historic city. He said, “The more I watch Shen Yun, the more I become fascinated by it. I really love Shen Yun’s performance.”

Highly praising Shen Yun’s dance programs and its costumes, he said that the quality of all aspects was very high, in particular, the performers’ dancing skills. He said, “They seem to have been born dancing!”

Deeply touched by the dance The Choice, depicting Falun Gong practitioners’ steadfastness in their belief despite the Chinese regime’s cruel persecution, he noted: “Falun Gong has been persecuted in China for over 10 years … I hope it can be ended as soon as possible. I think [followers of] beliefs should not be persecuted. I also hope that their hopes can be realized.”