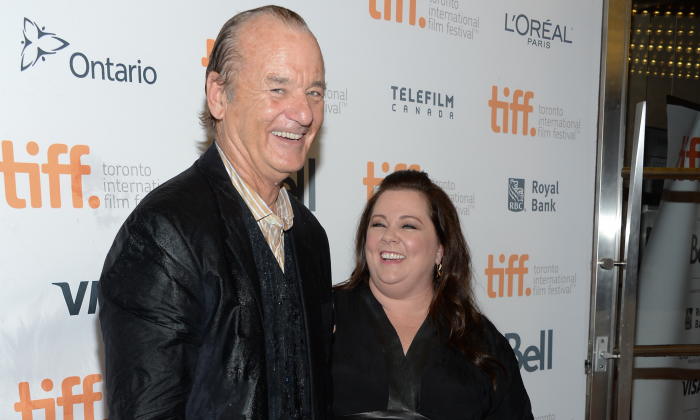 TORONTO—During the red carpet premiere of the upcoming comedy drama “St. Vincent,” Melissa McCarthy and co-stars gushed how fortunate they were to have worked with lead actor Bill Murray.

Murray was also honored at  the Toronto International Film Festival (TIFF), which runs from September 4 to the 14, with “Bill Murray Day” which was an entire day of screenings of his old classics.

She said to celebrate everyone should get large back tattoos of Bill, which she offered to do herself after the screening of “St. Vincent.” For McCarthy it was more than just admiring the actor’s work, she also picked up a few tips while working with him.

“Don’t push. His work is so subtle, and skilled, and everybody knows you can be wildly funny but it’s the quiet stuff that really is remarkable,” McCarthy said.

“The best part about doing the film? Working with Bill Murray, it’s as simple as that,” said co-star Chris O’Dowd. The Irish actor came in with a blazer that covered a red T-shirt with a picture of Bill Murray’s face on the front.