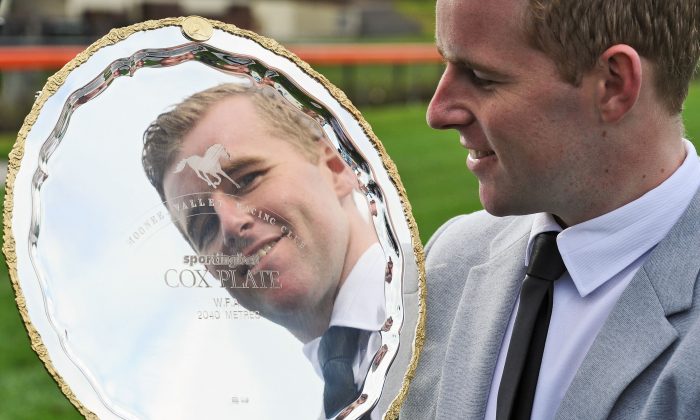 The world is in the grip of a rankings mania. This week alone the city of Melbourne, Australia, has been awarded the mantle of Most Livable City and World’s Friendliest City in the space of days. And don’t they want you to know it.

But what does it all really mean?

Recent years have produced a proliferation of comparative international city indexes, which have received extensive media coverage. This is not so surprising given that many of these studies are produced by media publications themselves such as Monocle, The Economist, Conde Nast Traveller, Forbes, and AskMen magazines.

But the drive to rank and compare cities is not limited to media outlets. A diverse range of individuals and organizations, from scholars to private think tanks, also produce them. In addition to media reports, rankings appear in the form of comprehensive scholarly taxonomies of global city types as well as strategic policy interventions.

There are now so many popularly published rankings that they constitute a distinct cultural form that deserves serious consideration (and some gentle satire).

Who Cares About Rankings?

While these comparative rankings differ significantly in approach, methodology, level of influence on urban policy, and popular media impact, they are united by recognition of the place of “culture”—as well as the vexed question of how to measure it—in articulating urban difference in a global age.

Culture, for example, is frequently identified as the key determining variable in accounting for a city’s “quality of life” or “livability.” But it’s also important to remember that the significant popular currency of these rankings has itself produced an impact on those same city cultures.

And a further paradox has emerged. On the one hand, organizations like the city of Melbourne recognize the potential impact of these indexes and have conducted research into the city rankings phenomenon itself. On the other, that same research comes to the conclusion that “changes in Melbourne’s rank from year to year is relative and effectively beyond the influence of the city administration to change through its activities.”

Competitive city rankings are a key aspect of the ongoing standardization of urban experience. In a country like Australia, where people cling to urban centers clustered along the coastline (for the most part only a small section of that coastline), the observation of relatively tiny differences seems to matter.

More broadly, rankings have a further effect. They propose cities as measurable and observable, lending them to new types of analysis and abstraction. They also provide a sense of continuity by reigniting much older forms of city comparison such as national intercity rivalry.

In our view the current craze for ranking cities algorithmically is part of a much longer tradition of rivalry and envy between cities. Take Melbourne’s recent crowning as world’s friendliest city. Not content to celebrate the win on its own merits, local headlines instead informed us that the real news was the revelation that Sydney came fifth.

Bernard Salt, a prominent Australian demographer, has previously responded to Melbourne’s fascination with city ranking surveys. For Salt, Melbourne is defined by an intense level of ongoing interest in its relative “place” in the world, its apparent desire to be measured through other’s eyes. According to Salt, Melbourne is afflicted with “second city syndrome,” a pathological compulsion to compare itself to other cities and, most pointedly, to its northern neighbor Sydney.

More than a hundred years earlier, the literary celebrities Mark Twain and Anthony Trollope were prompted to comment on Melbourne’s evident status anxieties. For Trollope, “a young people falls naturally into the fault of self-adulation” but Melbournians were particularly obsessed with seeking flattery (“crack”) from visitors. The typical Melbournian, according to Trollope, “likes to be ‘cracked up,’ and he does not hesitate to ask you to ‘crack him up.'”

For Trollope, such unabashed civic pride (discussed in terms of the colonial term “blow”) was in ample display on the streets of Melbourne, noting that it “looks as though she were boasting to herself hourly that she is not as other cities”:

The long, loud blast of “second city syndrome” is an insistent, nagging undertone in the story of Melbourne’s imagined place in the changing order of global cities. Most often these enduring rivalries are positioned within a national frame and at other times within an international context.

But what is most notable about the tenor of these comparisons is that the evidence of Melbourne’s relative success or failure is rarely based on the economic indices that typically dominate the newer global city taxonomies and rankings.

This week’s announcement of the global city rankings is a timely reminder that there are other persistent systems for producing urban comparison. Long-standing rivalrous debates about city status take these new rankings as their raw material, adding them to a stock of collective experiences, legacies, perceptions, performances, and practices that combine unpredictably to form a city-self consciousness.

Even when Melbourne is on top of the world, it reveals a defining “second-ness.”

Is rankings fever bad for the health of cities? Perhaps not if it means Melbourne will finally get a new train line to the airport.

Deb Verhoeven is professor and chair of Media and Communication at Deakin University. Brian Morris is program director-media at RMIT University. Both are in the Melbourne, Victoria, area in Australia. This article previously published at TheConversation.com.