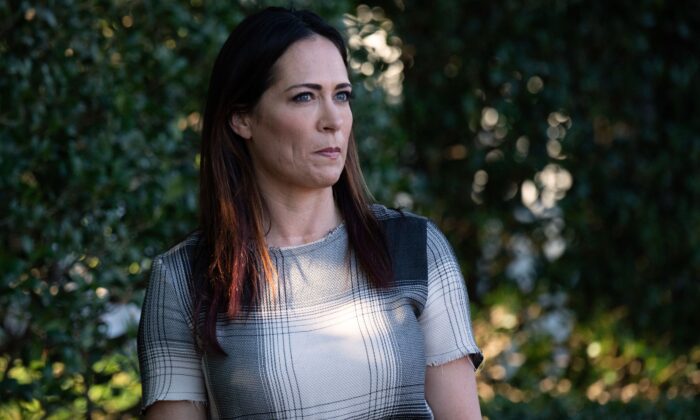 Stephanie Grisham, the chief of staff of First Lady Melania Trump and former White House press secretary, has resigned after the acts of violence that occurred on U.S. Capitol grounds during a demonstration over concerns about election integrity on the afternoon of Jan. 6.

“It has been an honor to serve the country in the White House. I am very proud to have been a part of Mrs. Trump’s mission to help children everywhere, and proud of the many accomplishments of this administration,” Grisham said in a statement.

Grisham didn’t elaborate on whether her resignation was in response to the violence at the nation’s Capitol building.

A string of other resignations followed in the White House, including deputy press secretary Sarah Matthews and White House social secretary Rickie Niceta, a White House official confirmed, according to The Hill.

“I was honored to serve in the Trump administration and proud of the policies we enacted. As someone who worked in the halls of Congress I was deeply disturbed by what I saw today,” Matthews said in a statement. “I’ll be stepping down from my role, effective immediately. Our nation needs a peaceful transfer of power.”

The protesters, many dressed in pro-Trump apparel, stormed the building at around 2:15 p.m after breaking windows to get inside. Video footage shows some protesters tussling with police, others showed participants carrying American and Trump flags walking through the hall connecting the two chambers of the Capitol.

One woman, who has since been identified as Ashli Babbit, an Air Force vet from California and Trump supporter, died after being shot inside the Capitol building, her husband told KUSI-TV.

The breach interrupted debates in both Chambers over objections to the electoral votes from the presidential election. By 6 p.m., officials declared the Capitol building had been secured. Congress resumed shortly later.

“What is unfolding is unacceptable and un-American. It has got to stop,” House Minority Leader Kevin McCarthy (R-Calif.) said in a tweet.

“America is not a country where political violence is acceptable,” Rep. Matt Gaetz (R-Fla.) wrote on Twitter.

“Those storming the Capitol need to stop NOW,” wrote Sen. Ted Cruz (R-Texas). “The Constitution protects peaceful protest, but violence—from Left or Right—is ALWAYS wrong. And those engaged in violence are hurting the cause they say they support.”

Meanwhile, Sen. Lindsay Graham (R-S.C.) called for “federal officials to form task force to identify those who breached the Capitol, vandalized our national institutions, and expect prosecutions to the fullest extent of the law.”

The violence was also condemned by President Donald Trump in a series of tweets, however, a tweet and a video that urged supporters to “go home” were removed by the social media platform.