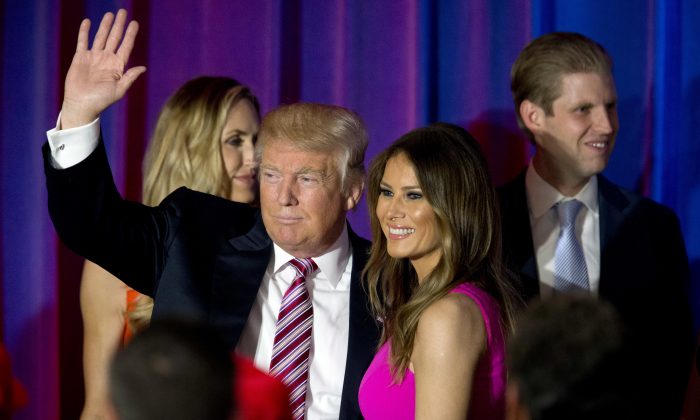 Donald Trump’s wife, Melania, will make a rare public appearance, delivering a get-out-the vote speech in the Philadelphia suburbs Thursday. The speech will focus on her husband’s vision for American women, children, and families.

Trump’s campaign says Mrs. Trump will also speak about the former model and immigrant’s “real American story. ” She will also talk about the “kind of dedicated, strong and committed first lady” she would be.

The visit will be Mrs. Trump’s first solo appearance of the campaign. It will be her first speech since she addressed the Republican National Convention in July.

The speech is scheduled for 2 p.m. at the Main Line Sports Center in Berwyn, Pennsylvania.

Last week, she told ABC News that she’s been absent on the campaign trail because “my priority is my son, Barron, our son, Barron.”

Trump said during the ABC News interview that his wife is “going to make two or three speeches,” adding that he thinks she is “an amazing public speaker.”

New: the next First Lady, @MELANIATRUMP, to deliver speech in suburban #Philly on Thursday. #MAGA