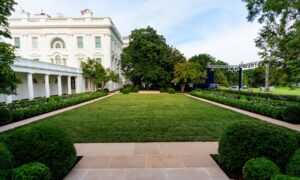 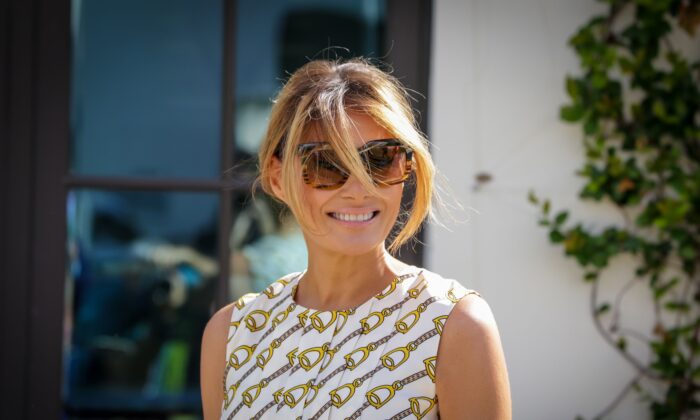 First Lady Melania Trump on Nov. 3 cast her ballot in person in Florida, a day after she hosted a rally at which she criticized Democratic Party policies.

“It’s Election Day, so I wanted to come here to vote today for the election,” Trump told a reporter.

She voted at the Morton and Barbara Mandel Recreation Center in Palm Beach.

The first lady has been campaigning for her husband, President Donald Trump, in recent days. On Nov. 2, she appeared at an event in North Carolina, striking a populist tone by saying that Democratic presidential candidate Joe Biden is a “career politician.”

“When rioters and looters were burning our cities and wrecking small businesses that belong to hard-working families and bring jobs to our communities, where were the Democrats?” she asked. “Why should we trust Joe Biden when he suggests he can do a better job?”

“When you vote tomorrow, you’re choosing between a Washington outsider who will continue to do all he can to improve our country, a president with an ‘America First’ agenda and proven results, or you can choose Joe Biden, a career politician of over four decades with no results to point to. We have a chance to vote for a leader who sees our future as bright or someone who only sees a ‘dark winter,'” she said.

Melania Trump noted that it’s unlikely that after a 47-year career in politics, Biden would easily change his tune.

“All you have to do is look back on his 47 years in political life to determine whether you think he is suddenly capable of putting the American people first.”

Meanwhile, she said, Democrats are promoting a “socialist agenda” and called on reelecting Trump to the White House “so he can finish what he’s started and our country can continue to flourish.”

Vice President Mike Pence and his wife, Karen, cast their absentee ballots in person in Indiana on Oct. 23; the president cast his ballot on Oct. 24 in Palm Beach.

“I experienced body aches, a cough and headaches, and felt extremely tired most of the time. I chose to go a more natural route in terms of medicine, opting more for vitamins and healthy food,” her update reads. “We had wonderful caretakers around us and we will be forever grateful for the medical care and professional discretion we received from [White House physician] Dr. Conley and his team. It was an unfamiliar feeling for me to be the patient instead of a person trying to encourage our nation to stay healthy and safe.”