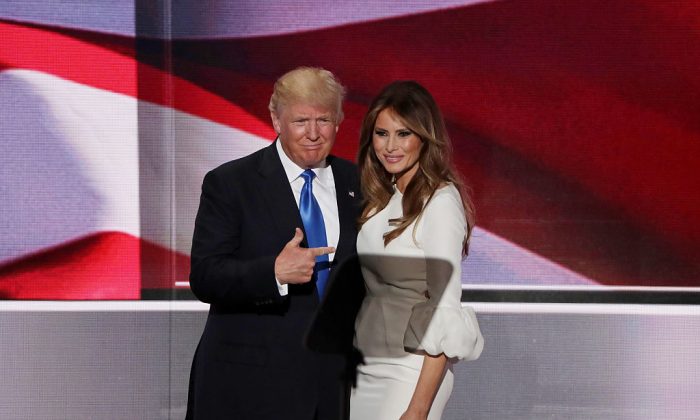 CLEVELAND—Melania Trump is returning to the Republican National Convention Thursday for the first time since her prime-time speech went viral with charges that she stole parts of it from a speech given by Michelle Obama.

A lot has happened since then. Not the least of which, her husband, Donald Trump, became the party’s official nominee for president. Mrs. Trump is expected to be in the arena to watch her husband give his acceptance speech, perhaps the biggest speech of his very public life.

Delegates to the convention said they expect Mrs. Trump to get a warm reception.

“I think she’s going to get a wonderful reception,” said Georgia delegate Donna Rowe. “We all understand it was a mistake, and they owned up to it. I’m ready to move on.”

Mrs. Trump gave a moving speech to the convention Monday night, highlighting a personal side of her husband that many people have never seen. Much of the convention arena was enthralled.

However, several passages from the speech were nearly identical to one delivered by the first lady at the 2008 Democratic convention.

The Trump campaign spent two days denying there was any plagiarism, calling the criticism absurd. Finally, on Wednesday, a speechwriter for Trump’s company issued a statement saying she was to blame.

The speechwriter, Meredith McIver, said Mrs. Trump had read excerpts of Mrs. Obama’s speech to her as examples of things she liked. McIver said she later included the passages in the speech she wrote for Mrs. Trump.