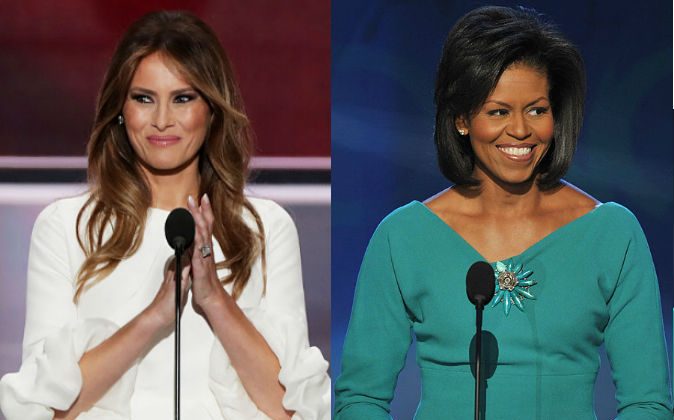 In her speech on July 19, 2016, at the Republican National Convention, Melania Trump echoed the words of Michelle Obama in her 2008 speech at the Democratic National Convention. The parallels drew complaints of plagiarism, while some asserted it was “just a coincidence.”

There is a third alternative: concordance.

Concordance refers to the likelihood that two people with many similarities may think the same thoughts.

Evidence for concordance was found in a study of identical twins, led by Susan Blackmore at the University of Bristol in 1993. Blackmore presented six pairs of twins (three identical, three fraternal) aged 11–20 with several challenges.

One of the challenges was a number test. Each twin pair (as well as six control pairs of siblings) were asked to write down a number between 1 and 10 and to concentrate on the number.

What If It’s Not ‘Just a Coincidence’?

The Most Common Coincidences

Results were similar with a drawing test and a picture test. The twins seemed to prefer certain numbers and certain images. Twins are more likely to select the same number or image because they have been raised together and have very similar genetic predispositions. Could it be that Trump and Obama are similar people, causing them to come up with similar speeches?

This important observation generalizes to the perceived social demands of many other situations. Being the wife of a the presidential candidate at a major political convention most likely shaped the parallels in the women’s speeches.

This Melania-Michelle parallel is not “just” a coincidence and most likely not plagiarism.

Coincidences generally have multiple explanations. Like the twins, these two women found themselves in very similar situations and reacted similarly.

This article was previously published by Psychology Today, part of a series of articles by Bernard Beitman, MD, on the science of synchronicity and serendipity. Beitman is a visiting professor at the University of Virginia. He is the former chair of the University of Missouri-Columbia department of psychiatry. See his blog, Connecting With Coincidence, to learn more about Coincidence Studies.