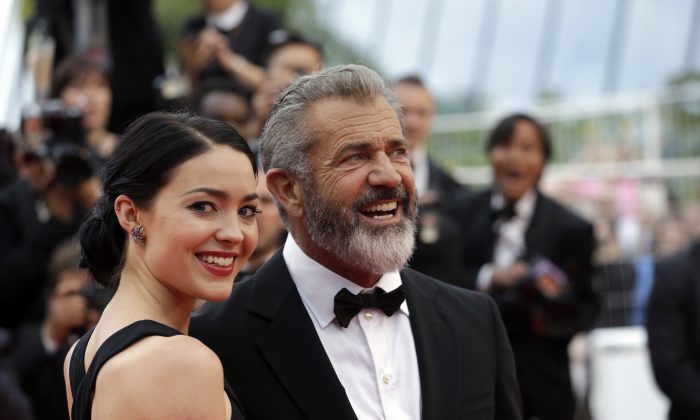 FILE - in this May 22, 2016, file photo, actor Mel Gibson, right and Rosalind Ross pose for photographers upon arrival at the awards ceremony at the 69th international film festival in Cannes, southern France. ’s publicist confirmed Friday, Sept. 16, 2016, that Ross is pregnant with the actor-director’s ninth child. Gibson has seven children with his ex-wife, Robyn, and a 6-year-old daughter with his ex-girlfriend, musician Oksana Grigorieva. (AP Photo/Lionel Cironneau, File)
Entertainment

LOS ANGELES—Mel Gibson is preparing to be a dad for the ninth time.

No further details about the pregnancy were immediately available.

Gibson, who won an Oscar for directing “Braveheart,” has seven children from his marriage to his ex-wife, Robyn Moore. Their youngest child is 17.

He also has a 6-year-old daughter with ex-girlfriend Oksana Grigorieva.

Gibson’s latest directing effort, the World War II drama “Hacksaw Ridge,” debuted earlier this year at the Venice Film Festival and is due in theaters on Nov. 4.