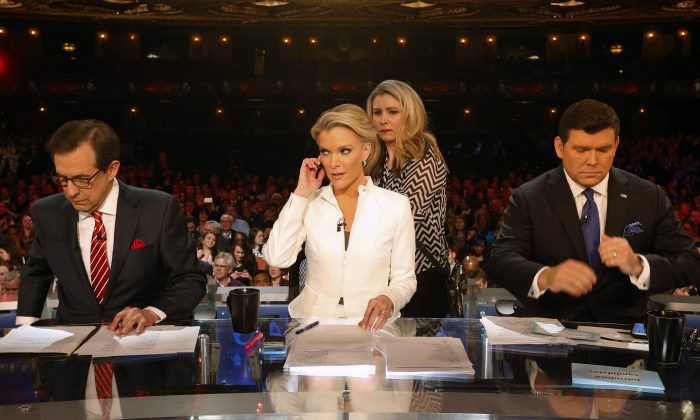 After reports from unnamed sources that claimed Fox News’ Megyn Kelly would leave the network, the longtime anchor responded on Twitter.

“Many reporters are writing articles about me and my future at Fox. Don’t believe a thing [you] hear unless it comes from me, period,” she tweeted, without refuting that she’ll be leaving or staying with the network.

It comes after the Drudge Report, in an exclusive, reported that Kelly could leave Fox for CNN. The report cited unnamed, anonymous sources close to the situation.

Kelly’s contract with Fox is set to expire next year, and reports have indicated that she is asking for $20 million per year to stay at the broadcaster.

Many reporters are writing articles about me and my future at Fox. Don’t believe a thing u hear unless it comes from me, period.

Her “The Kelly File” show averages 2.7 million total viewers, which is among the most popular shows on Fox, and cable news programs in general.

The Drudge Report claimed that CNN boss Jeff Zucker is “actively pursuing” her to move to the network’s 8 p.m. or 9 p.m. time slot, placing her in direct competition with Bill O’Reilly’s Fox program.

It further claimed that Kelly’s feud with President-elect Donald Trump has sparked tensions inside Fox. The drama has been exacerbated following the publication of Kelly’s book, “Settle for More.”

According to the Wall Street Journal in October, which first reported that Kelly is seeking the $20 million contract, Fox chief Rupert Murdoch said he’s in negotiations to keep her at the network, describing the process as a priority.

“It’s up to her,” he said, adding that others “would give their right arm for her spot.” He added that he’s keeping up with the talks “every minute of the day.”