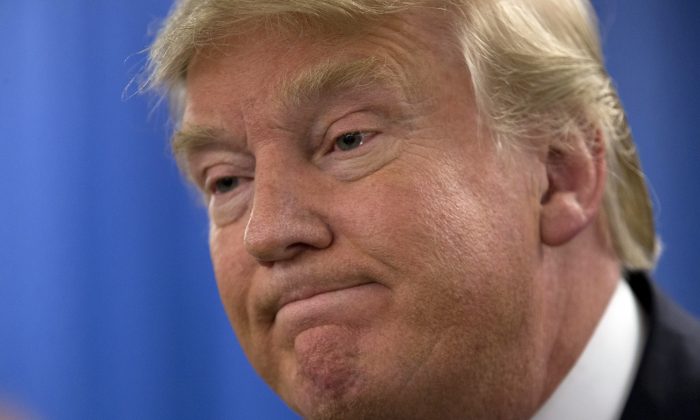 Fox News debate moderator Megyn Kelly, cited as the reason Donald Trump says he’s going to skip the Thursday debate, said it would probably be a bad decision for Trump to miss it.

Trump took issue with Kelly’s questions in a previous debate, and said he wouldn’t participate in the January 28 debate because she’s “biased” against him.

He also said in a statement that Fox News is making “tens of millions of dollars on debates,” and said it’s mostly because of him.

Instead of participating in the debate, Trump announced he would host an event in Iowa to raise money for Veterans and Wounded Warriors.

“Unlike the very stupid, highly incompetent people running our country into the ground, Mr. Trump knows when to walk away,” Trump’s campaign statement said. “Like running for office as an extremely successful person, this takes guts and it is the kind of mentality our country needs in order to Make America Great Again.”

Following the announcement, Kelly went on “Extra” to talk about the choice.

“It would probably be a bad decision to not show up at the Fox News debate,” Kelly said. “I think this is the last chance they have before voting begins, and he’s still within two points of Ted Cruz. It’s a tight race out there, but obviously it’s up to Mr. Trump. Whether he’s there or not there, the show will go on.”

She also denied that she has any bias.

“Of course there is no bias there whatsoever,” Kelly said. “I neither like nor dislike him, I don’t have any feelings about them. I study these guys as subjects—they are subjects for me to study and to help the audience get to know, so I don’t really spend a lot of time thinking about him.”

And she assured people that even if he doesn’t show up, the debate will be fruitful.

Meanwhile, conservative commentator Glenn Beck, who has been an avowed Trump opponent, took the opportunity to call Trump a “bully.”

No Donald on the debate on Thursday? First let me say: I will believe it when I see it. However this is not…

“Donald Trump is a bully and like all bullies he is afraid of people who are actually strong and truly self confident,” Beck wrote on Facebook. “Megyn should be flattered. Bullies don’t attack the weak. They first go after the strongest first. If they can beat them, the rest will fall in line.”

He also warned people that Trump is a “dangerous man.

“He believes himself to be unstoppable and above what the ‘little people’ have to do or how they must act that he will do whatever he wants. And his crowd will cheer him on, just as he predicted,” he said.

“I warn you: Donald Trump or anyone that is a big government progressive with narcissistic tendencies who will preach populism and nationalism in a time of economic and social unrest is a dangerous road to go down.”