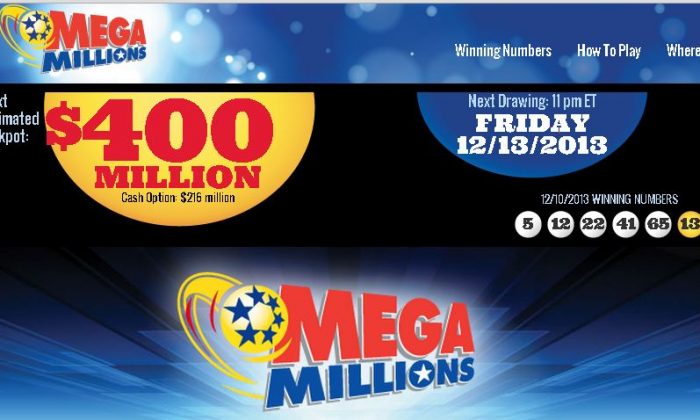 The Mega Millions payout has reached $400 million, as no one matched all six numbers in Tuesday’s drawing.

The winner could take 30 average annual payments of $10 million, or a lump sum of $162.3 million. Both totals are minus 25 percent federal tax, and don’t include state tax.

Five tickets worth $1 million were sold in New Jersey, Connecticut, Massachusetts and Ohio. Those tickets matched the first five numbers.

There’s no word what stores sold those tickets.