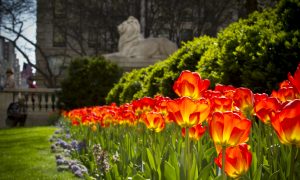 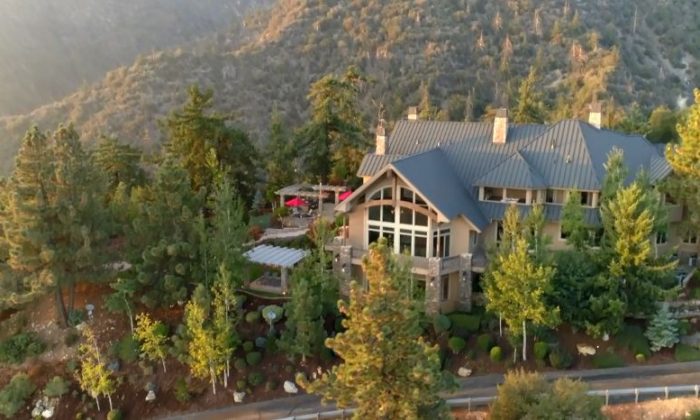 A Mega Millions jackpot winner is selling his California estate for $26 million, according to reports.

Knudsen’s estate is listed with Craig Strong at Pacific Union International. The realtor said that Knudsen is moving because of his son, who suffers from a heart condition.

The website added: “The only private property to boast a 9,000-foot elevation in Southern California, the five-bedroom estate features a 4,100-square-foot six-bay garage and carport, three-story elevator, 17-seat theater with a George Lucas sound system, fully-equipped gym, wine cellar, as well as its own water source, sustained internet, and solar power system.”

“And his son does have a heart problem, and the 6,000-foot level is too much pressure on him,” she said.

“It could be a celebrity, a musician, entertainer,” noted realtor Strong about potential buyers. “Whoever doesn’t want to be bothered at all, nobody’s going to bother you (at this home), and you don’t have to leave. You have everything you need.”

People reported the home also features a master suite with a private jacuzzi, a sauna, and its own deck.

It also comes with an on-site full-service restaurant known as the Oak Glen Steakhouse and Saloon.

Meanwhile, there is also a fully operating ranch with a few dozen buffalo.

When he won the Mega Millions lottery, Knudsen said at the time, “Our bucket list got huge.”

“I just had a lot of lucky things happening,” he said. “I’m a numbers guy. I don’t buy (lottery tickets) unless I feel lucky.”

When he called into work about the win, his bosses doubted him. He had been working at the same place since 1979.

“At first you thought, ‘Maybe I’ll stay as a consultant,’” his boss told him. “He’s been there so long. In one sense it was hard to break away, but he’s busier now, it seems like, than when he was working.”

After winning the lottery, the family has been approached by a number of people, he said.

They were, he added, “people we haven’t heard from in years.”

“We’re just average people,” Knudsen said. “We’re young, so we’re going to put it (the lottery winnings) to good use.”