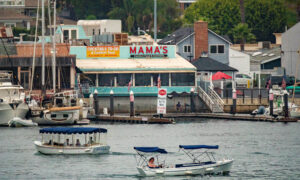 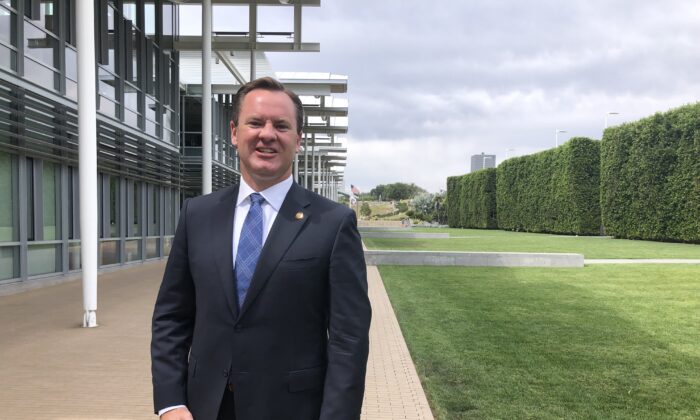 Newport Beach Councilmember Will O’Neill still remembers the pride he had for his father, Lawrence O’Neill, when he was sworn in as a Fresno Superior Court judge. Even at age six, he recognized the significance of the event.

Thirty years later, in December 2019, O’Neill was in a similar position when he was appointed Newport Beach mayor by fellow councilmembers. At 36, he was the youngest person in recent memory to hold the position.

His path to public service boils down to advice from his dad.

“Just try your best and we’ll be proud of you,” O’Neill said, recounting a motto he’s internalized to this day and teaches to his own children, ages six and nine. It’s also one of the reasons he’s become so successful, both as a public servant and partner at law firm Ross, Wersching and Wolcott.

As former mayor, current councilmember, and Newport Beach finance committee chair, O’Neill said he is focused on paying down city debt, including $326.3 million (as of 2019) of unfunded pension liabilities owed to the California Public Employees’ Retirement System, and the remaining $144.6 million of debt payments owed through 2040 for the cost of the Newport Beach Civic Center and Park, completed in 2013.

O’Neill helped lead the city through two difficult times, including a helicopter crash that killed eight Newport Beach residents one month after he was appointed mayor. He later helped guide the city through the COVID-19 outbreak.

He said he’s proud of the city’s police department, and added that’s also reflected by residents, who placed a full-page ad in a local newspaper, printed with hundreds of names supporting the police. At the same time, he also understands law enforcement in other cities can cause a community pain.

“When you’re having a nuanced discussion about something like law enforcement, your reflexive response needs to be embracing nuance rather than hashtag policy,” O’Neill said, referring to statements such as #defundthepolice and #backtheblue.

As mayor, he said he remained focused on his three top priorities: maintaining public safety, infrastructure and clean water.

“It provides better civic participation for people to be able to go out and talk about things affecting their lives in a way that’s perhaps a little more educated than what they would get on Twitter,” O’Neill said.

In his senior year of high school, O’Neill won the CIF Central Valley Section Championship for his district in both shotput and discus. His success in track and field led to his recruitment by Stanford University in 2001, where O’Neill started with 36 units thanks to a rigorous AP course load. At age 20, he enrolled at the University of California Hastings College of the Law.

O’Neill began his legal career Orange County, after moving there from San Francisco to accept a job. Shortly after his move in 2007, he met his future wife, Jenny O’Neill, at a USC-Stanford game.

“I didn’t want to date anyone else after that,” said O’Neill, who was 23 when they met.

By 2014, when the couple’s son was born, O’Neill moved from a large law firm, Haynes and Boone, to a smaller one so he could spend more time in the community and with his family. He became more active at Mariner’s Church in Irvine.

Around that time, when Newport Beach’s District 7 seat opened, a friend encouraged him to run for city council.

“I saw that our city is really fortunate in many different ways,” O’Neill, 37, said. “I wanted to make sure that it continued to be a great place, so I ended up saying yes.”

Managing the COVID-19 pandemic was also a test for O’Neill, who quickly realized transparency and clear communication were key tools for weathering the storm.

Recognizing the distrust his constituents had in both federal and state agencies, the city partnered with local doctors and skilled nursing facilities to disseminate information directly from doctors to patients.

“We really needed to get to the point where people felt like they could trust someone, and that they could trust the information being provided to them,” O’Neill said. “I told people repeatedly, you trust your doctor when you’re sick, maybe trust him when you’re healthy.”

Nonprofit work has always been important to O’Neill, who donates every penny his pay as council member, $452 every two weeks, to local charities. He also made 2020 the Year of the Volunteer, and while he couldn’t honor people and organizations in city council meetings during the pandemic, he visited them to present a mayoral proclamation.

“What I definitely knew was that if people saw another person getting recognized for volunteering, they would pay attention to what that person was doing,” O’Neill said. “If they liked it, they would go do the same thing.”