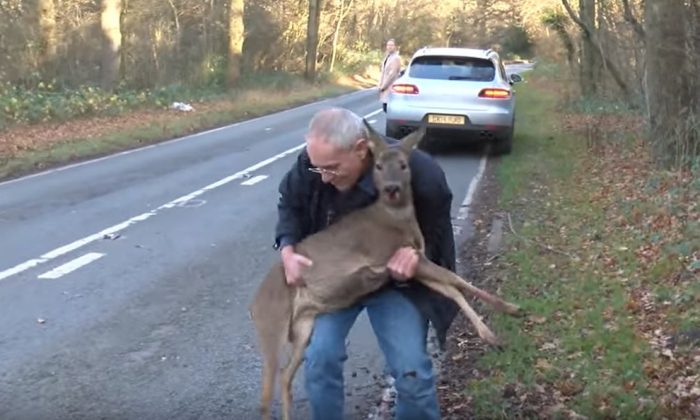 Meet The Other Simon Cowell, Veterinarian

The name Simon Cowell rings a bell for many because of his work on “American Idol” and “X-Factor,” but there’s another famous Simon Cowell, who has been called a hero for rescuing a deer on short notice.

Cowell, a vet who founded the Wildlife Aid Foundation, was called to rescue a deer in Oxshott, Surrey, and photos captured the incident.

According to Wildlife Aid Foundation, “Deer rescues are always the most intense and rewarding ones, and this one is no exception. We were called out to check a female roe deer who was hit by a car. She had a few deep cuts on her head, so Simon decided to take her back to the hospital.”

“Time is of the essence with deer, as they suffer from capture myopathy, which is a complex disease associated with the capture or handling of any wild animal. A deer can die of capture myopathy when too stressed. For that reason, Emma, our vet, quickly stitched the wounds and rushed back with Simon to where the deer was found.”

They immediately operated on the female deer, the foundation said.

“Once in the woods, the deer was struggling to stand up and was showing no will to live. After a lot of effort from Simon to keep her up, she managed to stand on her own, but failed to take her first steps,” says the Foundation’s video.

After the first disappointment, Simon tried one more time, helping the deer along as she took enough steps to finally make it on her own.