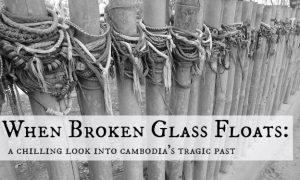 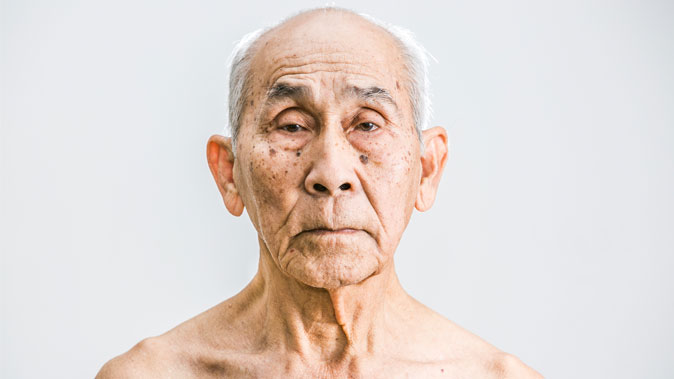 Khmer Rouge survivor Nal Oum in New York on Jan. 23, 2015. Oum was a former executive director of one of Cambodia's main hospitals before the Khmer Rouge took over. (Benjamin Chasteen/Epoch Times)
The Dead End of Communism

Nal Oum said he will never forget the day the Khmer Rouge took the capital. He was one of just over 400 physicians in Cambodia, and had stayed despite the conflagration engulfing his country, with a belief that medical doctors would always be neutral and would work to save any life—regardless of politics, race, or creed.

He understands now he was wrong. He, like many others, didn’t believe that humans were capable of such evil.

It was a busy afternoon in the French-built hospital in Phnom Penh when the men in black uniforms gave orders to vacate Cambodia’s capital city. The Khmer Rouge sent boys with assault rifles to carry out their orders.

It takes a river of ink to write our stories.
— Elder Cambodian

Work had kept Oum busy. He had sent his then-wife and two sons to France to wait out the war, which gave him more time to care for the wounded, as one of the people in charge at the hospital.

The hospital was originally built to house around 450 patients, but with the civil war they had well over 1,000. The beds were all full. Many of the sick and wounded were lying on the floor.

One of the buildings housed more than 100 children, of all different ages, including infants. On April 17, 1975, the day the Khmer Rouge communist regime took the capital, Oum was there, with the children. “I remember by heart the small beds,” he said.

Faced With Communism, Hong Kong Should Remind Us of the Value of Democracy

“Until now, this picture of those children is still in my mind. I couldn’t accomplish my job to save them,” he said. “It’s something that follows me every day.”

“My hospital vanished within hours,” he said. “It became a ghost hospital.”

Oum is my father-in-law, and was among the first educated men to expose the genocide that took place in Cambodia from 1975 to 1978. He recently recounted his story in the book, currently only in French, “Un Médecin Chez Les Khmers Rouges,” (“A Doctor Among the Khmer Rouge”).

He was part of delegations that exposed the crimes against humanity committed by the Khmer Rouge. The French media have called him the “Doctor Zhivago of Cambodia,” referring to a novel about a physician during Russia’s October Revolution.

The Khmer Rouge targeted a long list of victims, from the brave and kindhearted to the clever and literate. Their ways of killing were likewise broad. People were shot, suffocated, baked alive in tile ovens, bludgeoned to death, buried alive, and starved.

Yale University compiled a series of stories from those who survived. One story by Teeda Butt Mam quoted an old man she met who said, “It takes a river of ink to write our stories.”

Former Secretary of State Henry Kissinger wrote in his 1982 book “Years of Upheaval” that “No country has endured such a succession of miseries as Cambodia in the last decade.”

Oum witnessed a unique part of this history. According to the human rights organization Cultural Survival, only 45 medical doctors survived the Khmer Rouge genocide, which especially targeted the educated. Oum is the only medical doctor known to have escaped one of the death camps.

“What I witnessed the most,” Oum said, “was this unexpected hell on earth.”