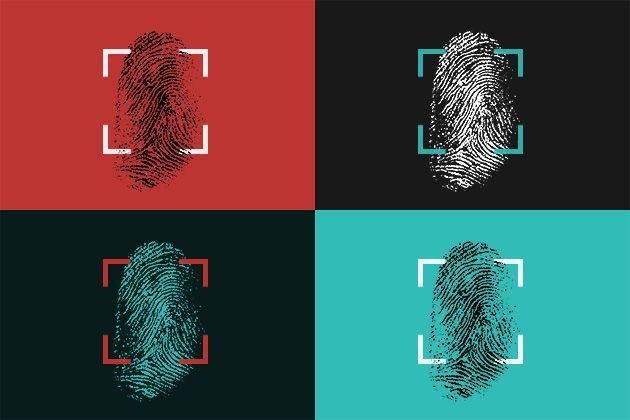 Meet the Online Tracking Device That is Virtually Impossible to Block

A new, extremely persistent type of online tracking is shadowing visitors to thousands of top websites, from WhiteHouse.gov to YouPorn.com.

First documented in a forthcoming paper by researchers at Princeton University and KU Leuven University in Belgium, this type of tracking, called canvas fingerprinting, works by instructing the visitor’s Web browser to draw a hidden image. Because each computer draws the image slightly differently, the images can be used to assign each user’s device a number that uniquely identifies it.

Like other tracking tools, canvas fingerprints are used to build profiles of users based on the websites they visit — profiles that shape which ads, news articles, or other types of content are displayed to them.

But fingerprints are unusually hard to block: They can’t be prevented by using standard Web browser privacy settings or using anti-tracking tools such as AdBlock Plus.

The researchers found canvas fingerprinting computer code, primarily written by a company called AddThis, on 5 percent of the top 100,000 websites. Most of the code was on websites that use AddThis’ social media sharing tools. Other fingerprinters include the Canadian dating site Plentyoffish. (A list of all the websites on which researchers found the code ishere).

Rich Harris, chief executive of AddThis, said that the company began testing canvas fingerprinting earlier this year as a possible way to replace “cookies,” the traditional way that users are tracked, via text files installed on their computers.

“We’re looking for a cookie alternative,” Harris said in an interview.

Harris said the company considered the privacy implications of canvas fingerprinting before launching the test, but decided “this is well within the rules and regulations and laws and policies that we have.”

He added that the company has only used the data collected from canvas fingerprints for internal research and development. The company won’t use the data for ad targeting or personalization if users install the AddThis opt-out cookie on their computers, he said.

Arvind Narayanan, the computer science professor who led the Princeton research team, countered that forcing users to take AddThis at its word about how their data will be used, is “not the best privacy assurance.”

Device fingerprints rely on the fact that every computer is slightly different: Each contains different fonts, different software, different clock settings and other distinctive features. Computers automatically broadcast some of their attributes when they connect to another computer over the Internet.

Tracking companies have long sought to use those differences to uniquely identify devices for online advertising purposes, particularly as Web users are increasingly using ad-blocking software and deleting cookies.

In May 2012, researchers at the University of California, San Diego, noticed that a Web programming feature called “canvas” could allow for a new type of fingerprint — by pulling in different attributes than a typical device fingerprint.

In June, the Tor Project added a feature to its privacy-protecting Web browser to notify users when a website attempts to use the canvas feature and sends a blank canvas image. But other Web browsers did not add notifications for canvas fingerprinting.

A year later, Russian programmer Valentin Vasilyev noticed the study andadded a canvas feature to freely available fingerprint code that he had posted on the Internet. The code was immediately popular.

Vasilyev added that he wasn’t worried about the privacy concerns of fingerprinting. “The fingerprint itself is a number which in no way is related to a personality,” he said.

AddThis improved upon Vasilyev’s code by adding new tests and using the canvas to draw a pangram “Cwm fjordbank glyphs vext quiz” — a sentence that uses every letter of the alphabet at least once. This allows the company to capture slight variations in how each letter is displayed.

AddThis said it rolled out the feature to a small portion of the 13 million websites on which its technology appears, but is considering ending its test soon. “It’s not uniquely identifying enough,” Harris said.

AddThis did not notify the websites on which the code was placed because “we conduct R&D projects in live environments to get the best results from testing,” according to a spokeswoman.

She added that the company does not use any of the data it collects — whether from canvas fingerprints or traditional cookie-based tracking — from government websites including WhiteHouse.gov for ad targeting or personalization.

The company offered no such assurances about data it routinely collects from visitors to other sites, such as YouPorn.com. YouPorn.com did not respond to inquiries from ProPublica about whether it was aware of AddThis’ test of canvas fingerprinting on its website.