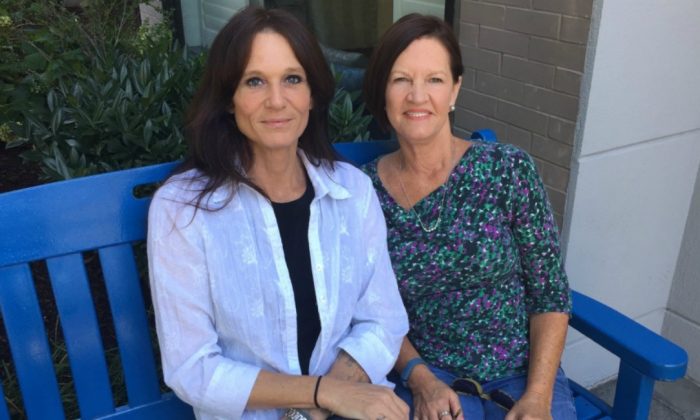 Stephanie George has never used drugs, but she earned a prison sentence of life without parole for a drug-related crime.

Today, by the luck of a commutation from President Obama, George is living again, learning to mother her 24-year-old daughter and working in a restaurant because her criminal record impedes her hair-stylist ambitions.

“I thank God I am here,” says George, blinking back tears as her pink-dyed hair and matching toenails signal she hasn’t lost her spunk for style.

After she became pregnant, Barbra Scrivner overcame an addiction to methamphetamine inspired by a childhood ruined by abuse.

But by refusing to testify against the men who facilitated her involvement in selling drugs, Scrivner paid 20 years of her life.

“I don’t know any of my family at all…the ones that are left,” says Scrivner, a tall woman with long dark hair and piercing blue eyes who lost her parents and both sets of grandparents during her incarceration.

Debi Campbell was also addicted to meth, and she sold the drug to feed her habit.

She has no excuses for her behavior, and was prepared to do her time. But when an informant alleged that Campbell sold a larger quantity of the drug than she actually did, she contested it.

The judge did not much appreciate Campbell’s denial, and handed down a fat 19-year prison sentence to show it.

“A prison sentence that long is a tremendous waste of time,” says Campbell, who looks like your regular proud grandmother. “To leave people languishing as life goes on…you’re stuck.”

These women, whose shared circumstances have bred a friendship, came together on Capitol Hill this week to speak of their experiences with mandatory minimum sentences, a form of punishment blamed for causing mass incarceration in federal prisons.

Mandatory minimums, enacted by Congress during the tough-on-crime period of the 1980s, require binding prison terms of a particular length and prevent judges from using their discretion to apply punishment.

Advocates for criminal justice reform say these policies have outlived their usefulness, and have caught up lower level drug offenders who pose no threat to society—not the so-called “kingpins” who the laws were meant to punish.

Defenders of mandatory minimums, including Sen. Chuck Grassley (R-Iowa), say that most low level drug offenders actually avoid such sentences by qualifying for a “safety valve” law that allows for exceptions if a person meets certain criteria.

“Not every mandatory minimum is bad,” says Sen. Mike Lee, a Utah Republican and former prosecutor who is a leading proponent of sentencing reform. “But in many cases, we have overdone them severely. We have produced sentences that by any standard, is shocking to the conscience. We don’t want people to remain in prison one more day than they need to.”

Lee spoke at the panel event on Tuesday, which was put on by Families Against Mandatory Minimums, a nonprofit, and the American Conservative Union Foundation.

The event was timed to pressure Congress to transform long-discussed plans for criminal justice reform into law.

Lee is a lead negotiator of a sentencing reform bill expected to be unveiled soon by the Senate Judiciary Committee.

The bill would give judges more discretion in sentencing offenders of certain nonviolent drug crimes and let well-behaved inmates earn time off their prison terms.

Grassley, the committee’s chairman, wants to pass some sort of bill, but there’s doubt about how far he will go.

Lee tells the Daily Signal the bill will address both mandatory minimums and the safety valve law that’s supposed to keep people from receiving such sentences in the first place.

The bill would make the safety valve more forgiving, meaning more offenders could qualify for a lesser sentence.

As Lee expressed “confidence and “optimism” that a deal will get done, his eyes drifting to the panel of women whose lives were harmed by harsh prison sentences, he almost seemed to take responsibility for their punishments.

“An American ideal is that we believe in the dignity of the human soul,” Lee said. “Even when someone made a mistake.”

Campbell, a 60-year-old Virginia resident, made a mistake and paid for it.

In prison, she worked her way to afford an associate’s degree in business administration, participated in the ministry, and earned the maximum time in good behavior credit.

She used her time productively, but wonders if she lost too much of it.

Campbell spent her entire 40s and most of her 50s incarcerated. She finally left prison in 2010, after 16 years, and multiple denials to have her sentence commuted.

Her final clemency rejection came from Obama. It arrived after she was already home.

“The first year in prison was enough,” Campbell said. “That scared me. We are human. We adapt. For the next 15 years, it just becomes your life. I never thought in the United States of America you could get that kind of time taken away from you.”