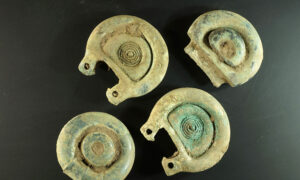 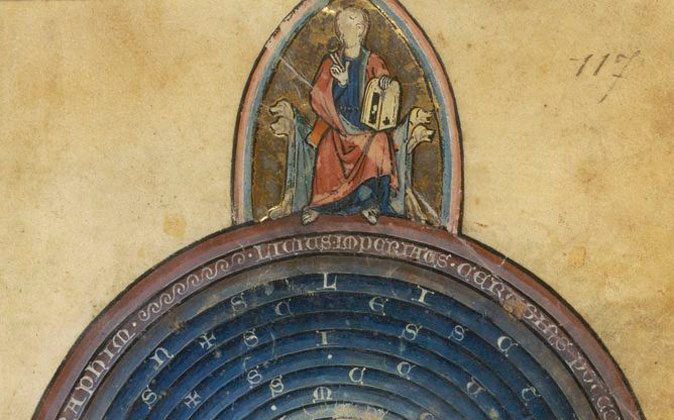 A 13th century bishop’s theory about the formation of the universe has intriguing parallels with the theory of multiple universes. This was uncovered by the Ordered Universe project at Durham University, which has brought together researchers from humanities and the sciences in a radically collaborative way.

The project explores the conceptual world of Robert Grosseteste, one of the most dazzling minds of his generation (1170 to 1253): sometime bishop of Lincoln, church reformer, theologian, poet, politician, and one of the first to absorb, teach and debate new texts on natural phenomena that were becoming available to western scholars. These texts, principally the natural science of the Greek scholar Aristotle, were translated from Arabic into Latin during the course of the 12th and 13th centuries, along with a wonderful array of material from Islamic and Jewish commentators. They revolutionised the intellectual resources of western scholars, posing challenges to established ways of thinking.

We now recognize that the thinking they stimulated prepared the way for the scientific advances of the 16th and 17th centuries, too. Nearly 800 years later the example of Grosseteste’s works provides the basis for doing great interdisciplinary work, offering unexpected challenges to both modern scientists and humanities experts alike, especially in working closely together.

Grosseteste has been a prominent figure in the history of science, from the early decades of the 20th century, yet the vital 1912 edition of his works is badly in need of revision: the editor had access to fewer than half the extant manuscripts. So we are taking on this task.

While Grosseteste may not be the originator of western experimental science, his scientific works come close to advocating experiments. They are also beautifully balanced mathematical constructions, not always apparent to a literary reading, yet wondrously so to later medieval generations.

The core team of researchers for this work are drawn from medieval history and theology, vision science, physics and cosmology, medieval philosophy, with many other colleagues engaged on particular aspects of the treatises under scrutiny, from marine scientists to astronomers. Following a principle of collaborative reading, all researchers contribute to the preparation of the edition, the translation and the interpretation.

Grosseteste’s treatise on light, called De Luce (Concerning Light), is the earliest known attempt to describe the universe using a coherent set of physical laws, centuries before Isaac Newton. It proposes that the same physics of light and matter, which explain the solidity of ordinary objects, could be applied to the cosmos as a whole.

In explaining the formation of the ancient universe, geocentric and composed of a series of nested spheres, Grosseteste conceives the universe as beginning from a single point of light, the fusion of matter and form, which expands until matter can be moved no further: the first sphere. A different form of light radiates inwards compressing matter, until it will move no further, generating the second sphere, and so on.

Grosseteste’s calculations are very consistent and precise. Had he had access to modern calculus and computing methods, he surely would have used them. In a recent paper, just published in the Proceedings of the Royal Society A, our team built computer models to express Grosseteste’s equations. In doing so it suggests, although this was probably not apparent to Grosseteste at the time, a series of ordered universes reminiscent of the modern “multiverse” concept.

We have been led to other startling discoveries. Correcting some serious errors in the modern edition has clarified Grosseteste’s three-dimensional conception of colour: two qualities of light (copious or scarce, bright or dim) couple with a third connected to the medium embodying it (pure or impure).

We have been able to use Grosseteste’s theory of the rainbow to find a new coordinate system for modern three-dimensional colour space. In his theory, the three dimensions of colour reappear as differences between rainbows and within rainbows, and under different solar illumination. As a result we have been able to describe a new “meshed spiral” co-ordinate system for the colour-space scientists use today.

For those in the humanities, this work enshrines the significance of Grosseteste as a thinker, and has shown the profoundly important ways in which modern scientists have helped to shape the processes of editing, translating and commenting on his works. For the scientists, this work has given a new historical perspective on our current assumptions, and new science, such as development in calculation tools for a class of shock wave, or novel colour mapping.

As well as inspiring the surprising new science, all of these investigations sharpen our knowledge of this thinker and his texts by urging a closer, “functional” reading of the text. Each step is also deepening and widening our historical appreciation of Grosseteste and his creative, disciplined and vivid intellectual imagination.

As long as dialogue between the disciplines is maintained there are no backward steps. Every suggestion contributes to the understanding of where we stand in relation to Grosseteste’s world, and in longer perspective where science comes from within human culture. Our project explores modern and medieval scientific questions, and draws on historical and contemporary interpretations in a symbiosis of science and humanities skills. As science writer Michael Brookes in a recent New Statesman piece points out, it illustrates the intellectual curiosity and creative flair released when the two cultures meet.

Tom McLeish receives funding from the AHRC and EPSRC (UK).
Giles Gasper and Hannah Smithson receive funding from AHRC.
This article was originally published on The Conversation. Read the original article.