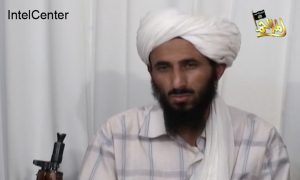 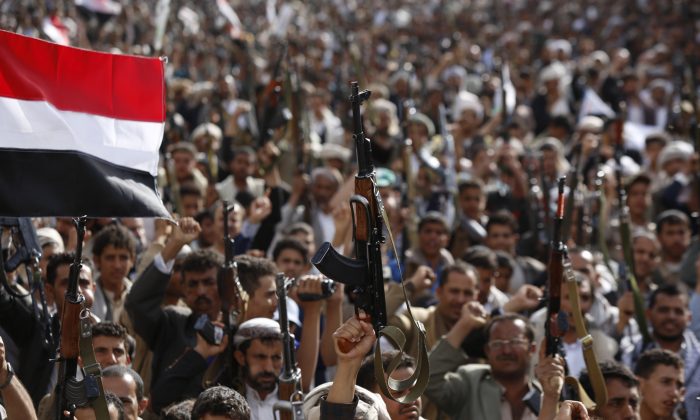 Shiite rebels known as Houthis hold up their weapons as they chant slogans during a rally against Saudi-led airstrikes in Sanaa, Yemen, Sunday, June 14, 2015. Yemeni political groups, including the Shiite rebels known as Houthis, departed from the airport in the capital, Sanaa, on Sunday, to travel to Geneva for U.N.-led peace talks, officials said. (AP/Hani Mohammed)
Asia & Pacific

SANAA, Yemen—Saudi-led airstrikes hit a convoy of civilians fleeing fighting in southern Yemen early Wednesday, killing at least 31 people in an attack among the deadliest of the 3-month-old air campaign, medics said.

The two airstrikes hit a convoy of civilian vehicles fleeing north from the southern city of Aden, which has seen intense fighting. Medics described a scene of carnage, with body parts scattered across the highway and smoke billowing from charred vehicles.

U.N.-brokered talks between the rival factions are underway in Geneva, aimed at ending the violence and addressing the humanitarian crisis in the Arab world’s poorest nation. Mediators hope for a humanitarian truce during the holy month of Ramadan starting Thursday, but neither side has shown any desire to compromise.

Despite nearly three months of airstrikes, anti-Houthi forces have made little progress. The violence has killed at least 1,412 civilians and wounded 3,423, according to the United Nations.

Heavy fighting was underway Wednesday in the oil and gas-rich Marib province east of the capital, Sanaa, where Sunni tribes have fended off a number of Houthi advances on the city of al-Saheel, security officials said. Airstrikes targeted the Houthis in Marib as well as in Sanaa, Aden, the rebels’ northern heartland and the western city of Taiz, they said.

In Taiz, Houthi shelling has killed more than 30 civilians in the past 48 hours, medical officials and witnesses said. The rebels control a third of the city.

All officials spoke on condition of anonymity as they were not authorized to speak to journalists.

In a country already suffering from shortages of fuel, water and medical supplies, the fighting endangers hospital as well. A report released Wednesday by Human Rights Watch accused the Houthis and their rivals of turning a main hospital in Aden called al-Jumhouria into a warzone.

In one incident April 19, the group said hundreds of southern fighters forced staffers to locate wounded Houthis receiving treatment there. Human Rights Watch says at least two of the wounded were shot dead outside the hospital.

“The fighting in Yemen is terrible enough without both sides bringing the battle into hospitals,” said Joe Stork, deputy Middle East and North Africa director at Human Rights Watch.