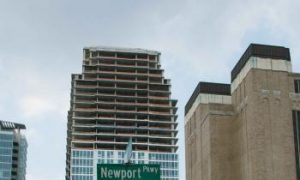 Newport, A City from Scratch
0 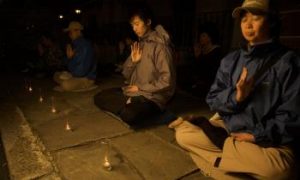 Nine Years of Silent Persecution
0
US

Legislation seeking to repeal Obama’s Medicare plan that was part of his health care reforms is gaining traction among Democrats.

Congresswoman Allyson Schwartz of Pennsylvania is the latest member of Obama’s own party in support of H.R. 452—the Medicare Decisions Accountability Act—that seeks to break up the Independent Payment Advisory Board (IPAB), created by Obama’s health care overhaul.

“I cannot condone the implementation of a flawed policy that will risk beneficiary access to care,” Rep. Schwartz said in a statement. “We can and will address the unsustainable rate of growth in health care spending. Repeal of IPAB will allow us to focus our efforts on the promotion of thoughtful innovations that will achieve cost savings by incentivizing efficient, high quality care for all Americans.”

Schwartz is the fourth Democrat to come out in support of the bill, The Hill reports.

President Obama has lauded the IPAB as crucial to his deficit reduction proposals, and has claimed that the board is critical to keeping the costs of Medicare down by setting cost targets and doling out cuts as necessary.

However, critics such as Sarah Palin said the IPAB, which is meant to be independent and non-partisan, would implement ‘death-panel’-like rationing” and wouldn’t pare down costs.

Palin’s comments, originally made on Facebook, were aimed at what began as a bipartisan initiative to reimburse doctors for time they spent talking to patients about how they wished to be cared for if they became unable to express their preferences. Doctors and geriatric case workers recommend that people prepare “Living Wills” to protect themselves from unwanted medical interventions.

“Last month the Congressional Budget Office projected that, under current law, the IPAB mechanism will not affect Medicare spending during the 2011-2021 period, thereby negating its purported value as a cost saver,” Schwartz wrote in the statement.

“As we work to rein in spending in the Medicare program, the promise of Medicare coverage to our seniors must not be broken.”