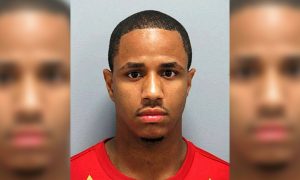 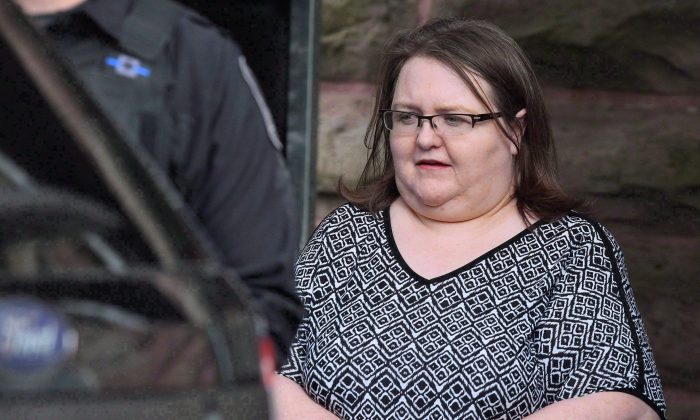 Elizabeth Wettlaufer is escorted by police from the courthouse in Woodstock, Ont, on June 26, 2017. The families of eight people killed by an Ontario nurse, as well as one of her surviving victims, lamented a fundamental lack of respect for human life in the province's long-term care system Monday as they addressed a public inquiry probing the circumstances around the woman's crimes. (Dave Chidley/The Canadian Press)
Canada

Medical Serial Killers: The Most Stealthy of Murderers

With the recent case of long-term care nurse Elizabeth Wettlaufer, who is thought to be Canada’s first medical serial killer, more light is being shed on the gruesome history behind a very rare and specific type of criminal.

Dubbed “angels of mercy” by criminologists, these killers are usually medical practitioners tasked with providing assistance to patients in a hospital setting, who then use their position to intentionally kill people under their care. Their nickname refers to their tendency to see their position of power as a “saviour” figure of sorts—believing their victims would be better off dead rather than severely ill, and that by murdering them, they’re actually ending the patients’ pain and suffering in an act of mercy.

Michael Arntfield, an assistant professor at Western University, said after Wettlaufer’s conviction that “angels of mercy” are “statistically rare” but can easily go undetected in a field so intimate with life and death.

“Health-care serial killers frequently have the highest body count of all serial killers because they have daily access to victims,” Arntfield told CBC News. “This case, to me, is the canary in the coalmine that warns of other potential dangers in the system, and it needs to be addressed.”

Over the 10 years of her medical career at long-term care homes in Ontario, Wettlaufer murdered eight of her patients and attempted to murder another six. Her weapon of choice was insulin, an extremely common drug that can be found in almost any medical care facility. By injecting these elderly patients with far more of the drug than they were capable of handling, she was able to successfully kill them, all while remaining completely undetected.

In fact, if Wettlaufer hadn’t confessed to the murders in 2016, experts believe she could have continued without anyone learning of her crimes.

As Arntfield suggested, medical murderers can get away with their crimes even in the face of overwhelming evidence. This owes to their position as caregivers to vulnerable patients and the widely available range of drugs that provide endless options for deadly weapons. Another factor is the general unwillingness of hospitals to report inconsistencies in medical cases so that they can avoid liability. If there are ever any suspicions, they’re brought up too late.

Like Wettlaufer, who racked up dozens of suspensions and warnings but wasn’t actually fired until seven years into her employment, many medical serial killers exploit such factors.

Here are five examples of infamous “angel of mercy” cases.

Thanks to an ITV dramatization of his case that drew over 7 million viewers, Harold Shipman is one of the most famous personifications of the “angel of mercy” phenomenon. A general practitioner in 20th century Britain, he was convicted of murdering eight of his patients in 2000, and a later inquiry put his total victim count at an estimate of around 250.

Shipman’s modus operandi involved giving patients lethal doses of heroin and then writing false medical reports to make it seem like they had been in poor health. The reports, combined with his reputation of being a respected member of the medical community, allowed him to avoid suspicion for years. Despite fellow doctors expressing concern on multiple occasions about the high death count among Shipman’s patients, especially the unusual number of elderly women, the police did not launch a formal investigation until 1998. This was 24 years after the beginning of his career.

Theorists are divided on Shipman’s motive behind the crimes. Some say he embodied the classic “angel of mercy” by developing a god complex due to the power he held over his patients. Others believe he eventually slacked off in his attempts to hide his crimes and wished to be caught because his life was spiraling out of his control. Shipman continued to insist he was innocent up until he committed suicide by hanging himself in his cell in 2004.

Kimberly Clark Saenz, like Elizabeth Wettlaufer, was a licensed practical nurse. Unlike Wettlaufer, she had been fired from at least four healthcare jobs over the course of her nursing career, and lied about her employment records on her resume so that she would be hired at new institutions.

Saenz’s final job was at the DaVita Lufkin Dialysis Center in Texas. After her employers recorded an unprecedented number of cardiac arrests in the center, an investigation was launched and it was discovered that Saenz had been killing her patients by injecting bleach into dialysis machines while they were being used.

Two patients had seen Saenz fill syringes with bleach and then inject them into the IV lines of other patients. When confronted by the clinic’s coordinator, Saenz claimed that she had been using bleach to clean an unused dialysis machine and used the syringes to get exact measurements. Investigators noted that all of the equipment she’d used had tested positive for bleach.

Saenz was indicted for five deaths that occurred at the center and charged with capital murder. Although she was found guilty and could have received the death penalty, a jury trial chose to give her life in prison with no chance of parole instead. The true number of Saenz’s victims remains unknown; investigators were unable to obtain medical waste that dated further back than two weeks, and could not organize enough evidence to charge her for more murders.

A pattern commonly seen in “angel of mercy” cases is referred to as the “malignant hero.” This type of medical killer has a specific motive behind their acts: after deliberately endangering a patient’s life, often to the point of no return, they then rush to the patient’s side and pretend to “save” him or her in an effort to be seen as a selfless hero.

Richard Angelo, a nurse at a New York hospital in 1987, was one such killer. He was first suspected when one of his elderly patients paged another nurse after an injection that left him feeling unwell. In a health examination, it was discovered that this patient had traces of Pavulon in his urine, a drug used in lethal injections that he had not been prescribed.

Angelo was arrested for aggravated assault and later confessed to poisoning a number of other patients after his arrest. Further investigation concluded that he had attempted to poison at least 35 patients at the hospital, and that 10 of these poisonings had resulted in death. Angelo claimed he wanted to portray himself as a “hero” and would wait until the patients went into cardiac arrest so that he could put on a show of trying to save them in front of his colleagues.

Angelo, then 27, was found guilty of murder, manslaughter, criminal negligence, and assault, along with a myriad of other associated crimes, and was sentenced to 50 years to life.

Charles Cullen was nicknamed the “Angel of Death” by the media for his infamous killing spree during his 16 years as a nurse in New Jersey. He confessed to murdering more than 40 patients through lethal injections, but authorities have estimated that his total victim count could add up to over 400 people, which would make him the most prolific serial killer in recorded history.

Cullen reportedly suffered a tumultuous childhood and had attempted suicide many times throughout his life. Although he was often fired for poor performance in his nursing career, he continued to be employed due to the national shortage of nurses in the United States at the time. Cullen killed patients by administering injections of drugs that would be lethal in the case of an overdose, including insulin and digoxin, a type of heart medication.

Although the deaths around him were suspicious and caused many investigations—one reportedly including a lie detector test, which he passed—Cullen’s final arrest did not come until 2003, 15 years after his first murder in 1988. Colleague Amy Loughren had alerted the police after going through his records and finding his links to patient deaths. The police placed Cullen under surveillance and were able to gather sufficient evidence to arrest him by having Loughren talk to him while wearing a wire.

Cullen stated that he initially gave patients the injections to end their suffering, but he later grew addicted to killing as an “outlet” for his personal stress. He was sentenced to 11 consecutive life terms and will not be eligible for parole until the year 2403.

Although Niels Högel was first arrested in 2005 for attempted murder after he was caught giving a patient an unauthorized injection, a new investigation led to him admitting to killing at least 30 of his patients. The investigation began after the daughter of a one of Högel’s deceased patients told the police about her suspicions regarding her mother’s death.

Following the large-scale investigation and Högel’s arrest, police estimated that including the 30 murders Högel had initially confessed to, he could be responsible for the deaths of more than 300 victims over 15 years of his nursing career, a historically unprecedented record in Germany.

Högel’s motive behind the crimes is similar to “malignant hero” Richard Angelo: he said he wanted to impress his colleagues by trying to revive the patients he had murdered. He reportedly used a variety of hospital drugs to overdose his victims, including heart medication and calcium chloride.

In addition to charging Högel with 97 counts of murder, the prosecutors in charge of his case announced that they would also file further charges against the hospital staff who allegedly “turned a blind eye” to his suspicious activity.

Högel was sentenced to life imprisonment in June 2019.