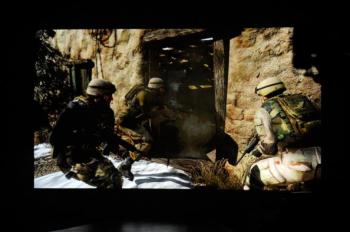 "It's shocking that someone would think it acceptable to recreate the acts of the Taliban," Fox said in an interview with The Sunday Times, adding that he is "disgusted" by the game.

The game is set in present-day Afghanistan and its single-player combat is centred on the efforts of US troops to defeat the Taliban.

"Medal of Honor is an 18-rated highly authentic depiction of a soldier's experience in Afghanistan – matching US forces against the Taliban in today's war," an EA spokesman told the Telegraph.

EA has responded to the criticism from Fox by citing the game's authenticity and refuting the accuracy of the accusatory reports.

"For one, Medal of Honor does not allow players to kill British soldiers," the spokesman said. "British troops do not feature in the game."

Eurogamer.net–a gaming website–has reported that the Department for Culture, Media and Sport described Fox's comments as a "personal view."