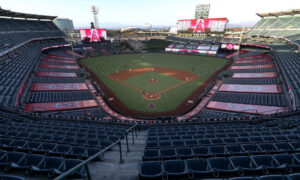 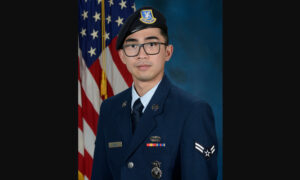 Senior US Airman From Anaheim Killed in Kuwait
0 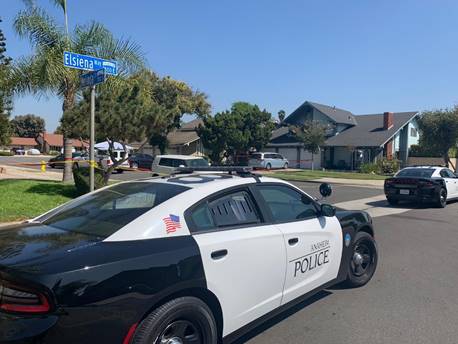 Police respond to a carjacking that left one victim dead in Anaheim, Calif., on Sept. 22, 2020. (Courtesy of the Anaheim Police Department)
Southern California

Mechanic Killed When Carjackers Run Him Over With His Own Van

The Anaheim Police Department charged two suspects with murder after they allegedly killed a mechanic by running him over with his own work van on Sept. 22.

Jose DeJesus Berrelleza was jockeying cars in the driveway of his fiance’s home on the 100 block of South Melinda Circle in Anaheim, California, at around 6:20 a.m. when he noticed someone inside his van, police say.

Sgt. Shane Carringer told The Epoch Times that Berrelleza was preparing his van for the work day when the incident occurred.  He had pulled the van out of the driveway and went to pull another car in when he noticed the suspect inside.

The windowless cargo van was loaded with the tools of his trade, according to police.

Berrelleza, 33, confronted the suspect. After a brief altercation, the suspect sped away in the van with Berrelleza still inside.

The victim fell from the fleeing vehicle, which then ran him over and killed him on the scene.

Police believe Berrelleza, a Santa Ana resident who left behind an 8-year-old daughter, attempted to stop the thieves “to prevent the loss of his livelihood,” according to a press release.

Following a short investigation, police located the van in Anaheim and identified three suspects. They were all arrested.

Police identified two suspects as 28-year-old Omar Sanchez and 21-year-old Yesenia Escareno. Both are from Anaheim, and each have been charged with murder, carjacking, and receiving stolen property.

“Our suspicion is that Yesenia and Omar were out basically ‘casing’—looking for any crime of opportunity to commit any theft. And that’s when they saw Jose’s van,” Carringer told The Epoch Times.

“We’re not exactly sure on the exact physical dynamics yet of what led to Jose being run over.”

The third suspect, Adriana Gomez, 29, also of Anaheim, has been charged with being an “accessory” to the crime due to “her attempt to assist Omar in the recovery of the stolen property out of the van and the movement of the van,” Carringer said.

Carringer said the unexpected incident took place in a residential neighborhood normally known to be tranquil.

“I worked this area for eight years. And in [all] eight, I’ve never even been on this street for a crime. It’s very quiet,” Carringer said.