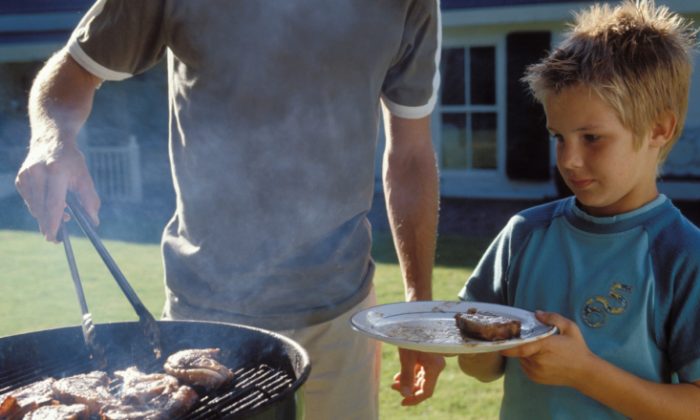 People prefer not to think about where meat comes from. (Photos.com)
Science

People can psychologically justify eating meat by denying that animals have minds, according to new research from Australia’s University of Queensland (UQ).

When confronted with the harm a carnivorous diet brings to food animals, people reduce their discomfort by viewing those animals as having reduced mental capacity.

“Many people like eating meat, but most are reluctant to harm things that have minds,” said research leader Brock Bastian in a media release. “Our studies show that this motivates people to deny minds to animals.”

Denial of animals having minds becomes more evident with anticipation of eating meat in the near future.

“Meat is central to most people’s diets and a focus of culinary enjoyment, yet most people also like animals and are disturbed by harm done to them; therefore creating a ‘meat paradox’–people’s concern for animal welfare conflicts with their culinary behavior,” Bastian explained.

He added that people prefer not to think about where meat comes from, the living conditions of food animals, or the processes meat goes through before reaching the dinner table.

People also mentally separate the concept of meat from animals themselves “so they can eat pork or beef without thinking about pigs or cows,” Bastian said.

“Denying minds to animals reduces concern for their welfare, justifying the harm caused to them in the process of meat production,” he added.

“In short, our work highlights the fact that although most people do not mind eating meat, they do not like thinking of animals they eat as having possessed minds.”

The study will be published in the Personality and Social Psychology Bulletin.